Shares
The launch of the second line of the energy bridge ended in failure: the landline phones are dead 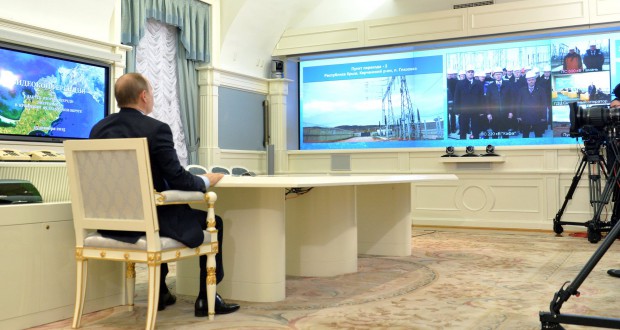 The second line of the energy bridge “Kuban – Crimea,” which was supposed to bring more electricity to the peninsula, brought down the landline telephone instead, Joinfo.ua reports.

The so-called “head of Crimea” Sergey Aksyonov said at a meeting of the interdepartmental staff for emergency response: “After the electricity line was connected, our landline telephone transformer stations could not stand such a “joy.” They worked as a clock in the emergency mode, in the power shortage regime. But, and as soon as it was connected (to the electricity source via the second line of the power bridge – Ed.) – that was the end. They say, we will not have a landline communication with the regions”, – said Aksyonov.

According to him, the maintenance brigades promised to fix the equipment by tomorrow.

It should be recalled that on December 2, Russian President Vladimir Putin arrived in Crimea to launch the first line of the energy bridge from Kuban.