The Turkish President talked a man out of committing suicide 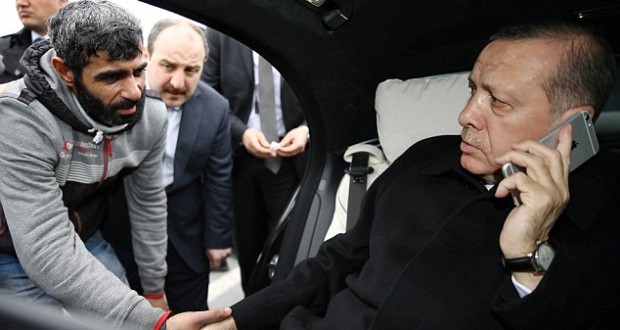 The unnamed man, about 30, was thought to be preparing to jump when the Turkish President’s motorcade was passing over the Bosporus bridge after Friday prayers, Joinfo.ua reports with reference to Daily Mail.

Footage showed Erdogan’s bodyguards bringing the sobbing man to talk to the President through the window of his car.

After a few moments, the man could then be seen kissing Erdogan’s hand before being escorted to safety.

Police had allegedly been trying for almost two hours to talk the man out of committing suicide.

He was said to have abandoned his car on the bridge and climbed over the side railing due to long-standing depression.