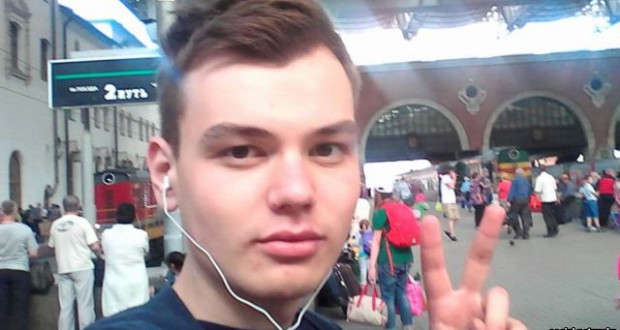 Vlad’s name became known in June 2015, when he came to class wearing a T-shirt with Ukrainian flag and the words “Return Crimea!” on it. He also hung out an anti-war slogan in Podolsk town, where he studied.

After this incident, Vlad was expelled from college, he became a person of interest to Russian federal security service.

Russian and international media wrote about Vlad Kolesnikov. He had a popular blog and participated in several opposition groups in Facebook. In Zhigulevsk Vlad had no support from relatives and complained about bullying of classmates.

“Relations with people just awful – they promised to beat, threw dirt and snowballs at me; insults and pushing elbows in the hallways. I can not contact the police (in the summer they made it clear that they would not help me and, I quote, “I would have punched you in the face”). I am desperately looking for a place to flee,”- he wrote in November.

On December 23 Vlad Kolesnikov took a lethal dose of drugs. The police told to the correspondent of Radio Svoboda that they could not save the boy.