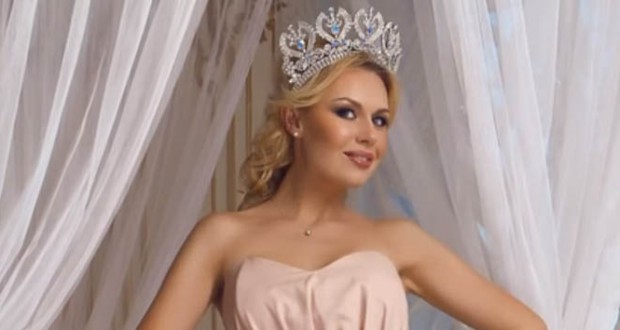 Olena Trybrat, 32, was born in Chisinau, Moldova but lived in Ukrainian Izmail for a long time. In 2001 she graduated from Izmail school №1 and went to study in Odesa, Joinfo.ua with reference to Izmail news site. Olena also has beauty titles of Mrs Europe 2013 and Missis Ukraine 2013. By the way, this time Helen won title of Woman of Empowerment 2015.

It should also be noted that the pageant evaluates not only external beauty, but also the contribution of each contestant to the beauty of the world.

Moreover, contest participants must be engaged in charity. Olena Trybrat has founded the project “Ukraine for peace and love in the family”, which takes care of orphaned children from the ATO area.

It should be recalled that at the Miss World 2015 Ukraine was presented by Kristina Stoloka, 18 year old Miss Ukraine 2015. And Anna Vergelskaya presented Ukraine at the Miss Universe 2015 in Las Vegas.