‘Brothers Ukrainians’ became an official anthem of the Anti-Terrorist Operation 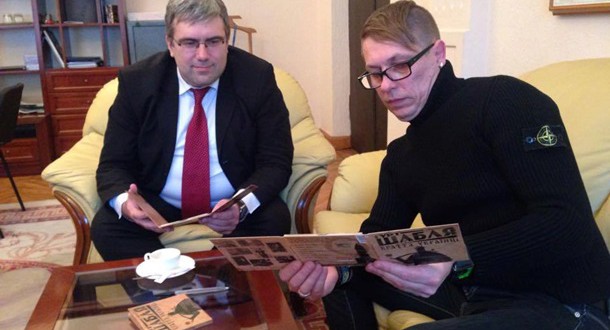 The song ‘Brothers Ukrainians’ of the group ‘Shablya’ has officially become the anthem of the ATO. Vova Geyser, the leader of the group, has recently received an official certificate from the Administration of the President of Ukraine, Joinfo.ua reports with reference to Korrespondent.

“You and your colleague, performing the charity concerts for the military in the east of Ukraine, contributed to raising the morale of the Armed Forces of Ukraine and made a significant contribution to the development of modern Ukrainian culture,” – said Deputy Head of Presidential Administration Rostyslav Pavlenko.

Pavlenko promised to personally present the new album of the group to Ukrainian President Petro Poroshenko.