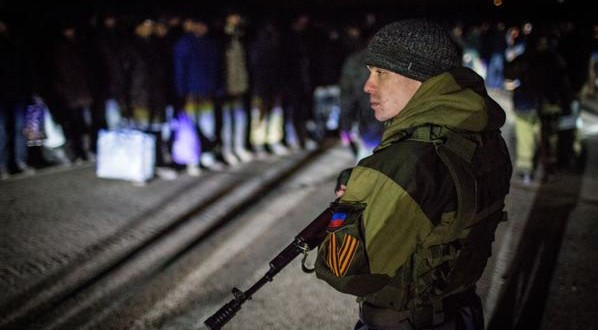 January 2, according to the ATO press service, as local residents say, the gangs of Russian-terrorist forces, stationed in the area of Ozeryanivka town of Donetsk region, have kidnapped young women (usually 25-26 years old). The terrorists keep captives in tents, almost outdoors, and recently established a girls trafficking channel abroad.

A father of one of the girls came for his daughter. The militants shoot his feet through. The fighter who did that was detained by the so-called “Interior Ministry of Donetsk People’s Republic”. The leaders of the militants initiated the investigation.