Canadian province of Manitoba will donate three ambulances to Ukraine

Shares
Canadian province of Manitoba will donate three refurbished ambulances to Ukraine as a humanitarian aid to the people in Donbas, suffering from the Russian aggression 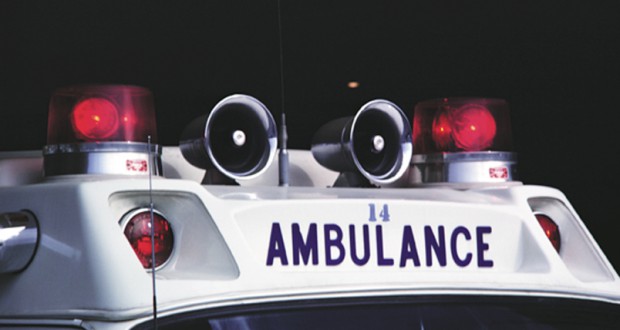 January 4, Premier of Manitoba Greg Selinger and Ukranian Canadian Congress Manitoba president Oksana Bodnarchuk announced about donating three refurbished ambulances to Ukraine, as part of the Ambulances for Ukraine initiative, with a $40,000 investment into repairs, Winnipeg Sun reports.
“This was such an obvious thing that we could do to support the people of Ukraine,” Selinger said. “We have local leadership that’s mounting this campaign. They’re buying a fourth ambulance themselves and we’re providing three … so it’s a great partnership to supporting people that are in a very high need, that are being injured on the front lines of a conflict that’s taking lives on a daily basis.”
The ambulances would otherwise have been kept as back-up or sold off from the province’s fleet, Selinger said.
The province announced in September that it was investing in 52 new ambulances for its fleet, which, according to Selinger, gives the province the ability to donate the three headed to Ukraine.
Bodnarchuk said the ambulances are just five years old and still have a lot of value to those in Ukraine. She said her organization will be financially responsible for getting the ambulances overseas.
“The need is just as great as it was two years ago,” she said, referencing the beginning of the conflict. “They may say that there’s a ceasefire, but there isn’t. We get daily reports on people being maimed with land mines and active fire as well. Russia has not let up one iota on Ukraine and so people are being killed and people are being treated and the people in Ukraine are exceptionally happy to see these ambulances that are better than the ones in Europe.”

In October, a team of Canadian surgeons arrived in Kyiv in the framework of the Third Medical Mission in Ukraine to perform reconstructive surgeries for activists and soldiers of ATO. The medical mission was organized by the Canada-Ukraine Foundation under the patronage of the Ukrainian Canadian Congress.