Shares
On January 11, 2016 Migration Service of Ukraine starts to issue ID cards instead of old paper passports of citizens of Ukraine 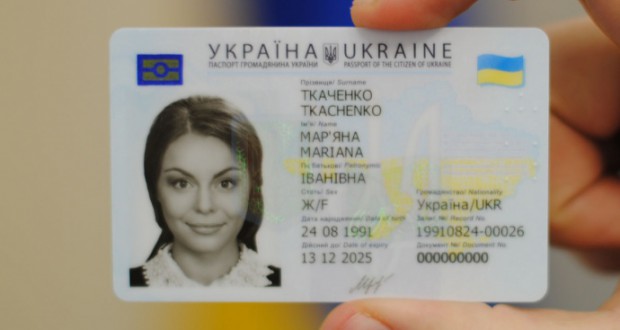 Maxim Sokolyuk, Head of the State Migration Service of Ukraine announced at a press conference on January 5, that the government will launch the issuance of new ID cards on January 11, 2016, Joinfo.ua reports with reference to Ukrainska Pravda.

The head of the Migration Service noted that during the initial period ID cards will be issued for the citizens of Ukraine aged 16 and for those who apply for the first time.

As to the owners of the old paper passport, the replacement needs the Parliament’s adoption of the government bill №3224 “On amendments to some laws of Ukraine concerning the documents certifying the citizenship of Ukraine, confirming the identity or its special status.”

Sokolyuk hopes that parliament will pass the law in late January or early February.

“The Migration Service opened more than 600 offices throughout Ukraine. We distributed the purchased equipment evenly, so that the citizens did not have the inconvenience during registration. To date, there are approximately 800 workstations in 330 offices of the migration service across the country,” – said Sokolyuk.

Offices without such equipment will temporarily issue paper passports.

Citizens applying for a passport of citizen of Ukraine not for the first time (for example, due to the loss or damage), and prior to the adoption of the bill №3224 will get the passport of the old sample.

The government pointed out that the ID card has a higher level of protection against counterfeiting than a booklet passport.

“Thanks to the integrated contactless electronic chip, the introduction of the ID card opens up new possibilities for electronic administrative services implementation and their simplification”, – assured the Cabinet.

The chip in the ID card will contain personal and biometric data of the holder, including the place of residence and marital status. Adding digital signatures and other data is technically possible, but it requires a legislative solution.