Shares
A perfume, whose creator says was inspired by Russian President Vladimir Putin, has gone on sale in Moscow 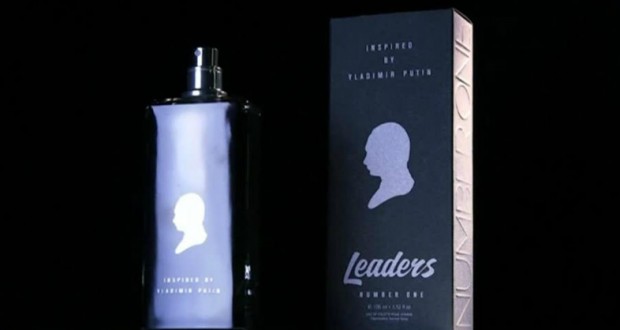 A perfume, whose creator says was inspired by Russian President Vladimir Putin, has gone on sale in Moscow, Al Arabia reports.

The “Leaders Number One” scent, created by Belarussian-born perfumer Vladislav Rekunov, is sold in a black bottle featuring Putin’s profile at Moscow’s luxury GUM department store as well as online for 6,500 rubles, or $95.

Recently, some of Putin’s supporters presented a book entitled “The Words that are changing the World,” featuring a selection of Russian President’s expressions, which they recommended as the ideal holiday gift for patriotic Russian officials.

“We had begun to notice that everything which Putin says comes to pass to one degree or another,” – Anton Volodin, author of the 400-page book, which was published by a pro-Kremlin group called Network, said in a statement. “In this book we traced his words and confirmed that idea.”