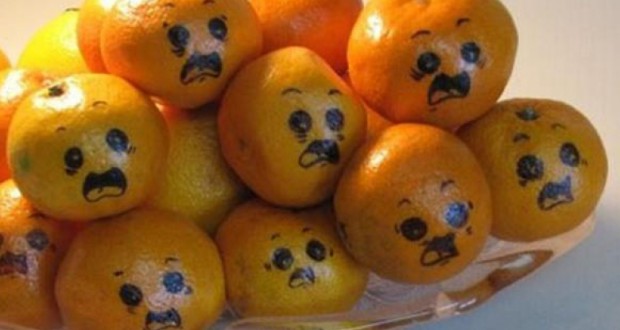 On January 9, Russian federal authorities destroyed and buried 225.2 kg of Turkish tangerins found in a supermarket in a village of Inozemtsevo, Stavropol region in south Russia. Somehow, a local businessman managed to smuggle fruits to the country. Now, the investigation is underway, Joinfo.ua reports.

On January 1, 2016, Russia implemented embargo on a list of Turkish imports after Turkey shot down the Russian Su-24 bomber jet near Syrian border on November 24, 2015.

Last year Russian watchdog agency destroyed some European food products, banned  in retaliation to EU and the U.S. sanctions applied after the illegal annexation of Crimea.

According to the Russian Service for Veterinary and Phytosanitary Control office in the Stavropol region, in the framework of implementation of the Presidential Decree “On measures to ensure the national security of the Russian Federation and the protection of Russian citizens from criminal and other illegal activities and the use of special economic measures against the Republic of Turkey,” it conducted a raid and found 225.2 kg of Turkish tangerins, which “infiltrated” to Russia after the ban on their import.

As an inspector said, all the tangerins were smashed by a bulldozer and buried into the ground on a local dump before the owner’s eyes.

The service stated that they continue monitoring of the storage and sale of agricultural products, food and raw materials.