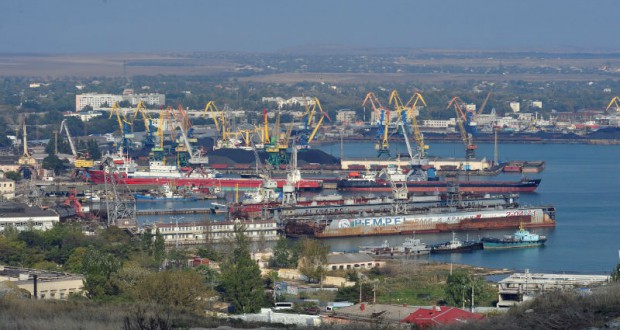 The dismissal is caused by the slump of cargo turnover due to anti-Russia economic sanctions introduced after the illegal annexation of Crimea. Before the annexation the port carried out trade cooperation with Turkey, the Middle East countries, Egypt and Greece.

“This is a very difficult decision, and we are against it, but so far we have this situation. But this is not the end. Trade Union is now doing everything possible to get support on republican and federal levels [of Russian authorities – Ed.]. There they can offer a solution, “- said Kirichenko.

Administration of the Kerch sea port notified the city employment center on the intention to dismiss 710 people on April 20, 2016.

It should be recalled that in July 2015 the U.S. Department of the Treasury imposed new sanctions against 11 individuals and 15 legal entities, including five of the Crimean ports of Kerch, Sevastopol, Yalta, Feodosiya, Yevpatoriya and the State Shipping Company “Kerch Sea Ferry”, because of the annexation of Crimea and military operations in Donbas.