Home / Life / Ukrainian President: We learned Kruty’s lesson well, the army will always be a priority

Ukrainian President: We learned Kruty’s lesson well, the army will always be a priority 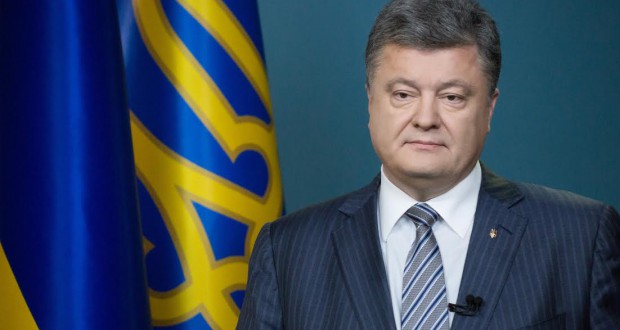 In his speech at the Lesson of Courage for the cadets, the President noted that almost 100 years had passed since the legendary Battle of Kruty in the war for the freedom of Ukraine, “war waged against Ukraine by Russia in both red and white forms”, as reported the press service of the President.

The President emphasized that history sometimes reminds spiral and the confirmation of that is recent public confession of Russian leader on the non-recognition of the internationally acknowledged border set between Ukraine and Russia after the fall of the Russian empire in 1918. In this context, Ukraine initiated the discussion of that Russian statement in the UN Security Council. “Clear historical parallels are drawn between the events of 1918 and the realities of today. Russia cannot put up with the existence of independent Ukraine. It is a “hybrid” war: non-recognition of aggression by the country-aggressor, myth about civil war, deceitful propaganda, creation of puppet “republics”, support for the “fifth column” in Ukraine,” Petro Poroshenko said.

The President mentioned the new tradition: to honor ATO warriors on the Day of Kruty Heroes. “They all died fighting for Ukraine’s independence, sovereignty and territorial integrity,” the Head of State stressed. The museum at Kruty railway station was supplemented by the exposition devoted to modern heroes.

In the newest Russian aggression against Ukraine, as of the end of 2015, 21 youngsters under 18 and 650 young men aged between 18 and 25 were killed in the East of Ukraine.

The attendees honored memory of the fallen heroes with a moment of silence.

“Dear cadets, I am proud of our army. It is a great honor for you to enter the ranks of this army,” the President said adding that western militaries and experts highly evaluated the level of Ukrainian warriors.

The President addressed the attendees noting that they had chosen an extremely responsible and difficult path in life – service to the Homeland.

“A strong state is impossible without a strong army. We learned the lesson well. The army will always be a top priority. There will be no more pacifistic illusions,” Petro Poroshenko emphasized.