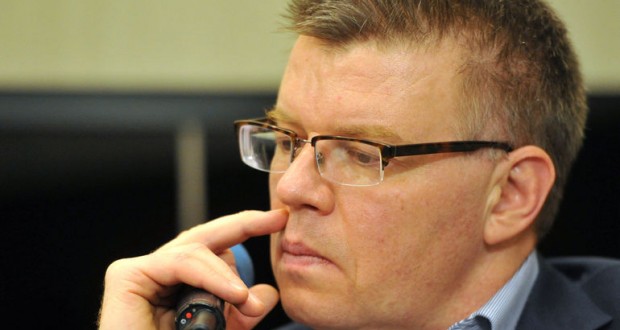 Former head of the Russian Anti-Doping Agency (RUSADA) Nikita Kamaev died yesterday at the age of 50 years, Joinfo.ua reports with reference to TASS.
As TASS reported quoting the former RUSADA CEO Ramil Khabriev, Kamaev died of a massive heart attack.
“It looked like a massive heart attack. I learned that after skiing he came home and felt a heartache. They called an ambulance. But [the ambulance] could not make the heart beat. I have never heard him complain about his heart. Perhaps his wife was aware of any problems,” – said Khabriev.
An independent commission of the World Anti-Doping Agency (WADA) November 9, 2015 published the report of the investigation activities of the All-Russian Athletics Federation (ARAF), Moscow’s anti-doping laboratory and RUSADA.
According to the report, Russia took part in a systemic, and state-sponsored doping program for several years, including in the run-up to the Sochi Games.
The commission’s investigation was focused on track and field athletes, but it has found that the corruption of Russia’s anti-doping organization and Ministry of Sports had spread on other sports.
“The IC has found that not only was leadership in the fight against doping in sport lacking, but also that there were organized efforts on the part of many senior coaches and officials, inside and outside Russia, to promote doping and make it possible for such efforts to be successful, including the coverup of certain positive cases of doping,” the report stated.
On November 13 the Council of the International Association of Athletics Federations (IAAF) made a decision on the temporary suspension of the membership of the Russian Federation in the international organization.
In December 2015, all senior management RUSADA including Kamaev and Khabriev, resigned.
On February 8, 2016 the International Association of Athletics Federations (IAAF) published a list of 4,027 Russian athletes banned from international competitions for the duration of the suspension of All-Russia Athletics Federation (ARAF) membership in the world’s governing body of field and track athletics.