UNICEF calls for access to 500,000 children in eastern Ukraine

Shares
UNICEF said one in three of those children, numbering some 580,000, now need psychological support after two years of violence in eastern Ukraine 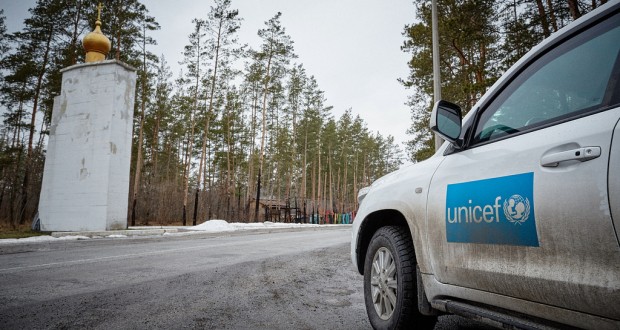 The United Nations children’s agency says the conflict in Ukraine has deeply affected the lives of a half-million children living in areas not controlled by the Ukrainian government and near the front lines of the fighting with pro-Russia separatists, Voice of America reports.

The UNICEF representative in Ukraine, Giovanna Barberis, said there is a great need to reach those children to meet both their physical and their psychological needs.

UNICEF says more than 215,000 children are internally displaced from the conflict areas, and more than 20 children were killed in the violence last year.

UNICEF is calling on both sides in the Ukraine conflict to ensure unhindered humanitarian access to the children in need. The agency says it has already been working to provide children in the affected areas with psychosocial support, education, hygiene supplies, vaccines and information on landmines and other wartime hazards.