United Ukraine – Free Ukraine: a singer from Germany dedicates her song to the Heaven’s Hundred

Shares
A Ukrainian singer from the diaspora in Germany, dedicated her song to the memory of the Heroes of the Heaven’s Hundred 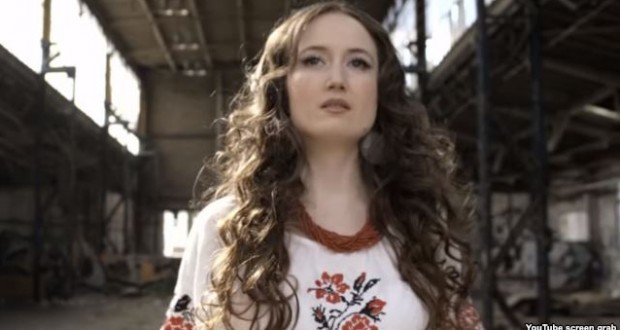 Linà, a singer from the Ukrainian diaspora in Germany, says that she wrote the song two years ago, when the dramatic events on the Maidan in Ukraine began – dozens of people were killed during the Revolution of Dignity, Joinfo.ua reports with reference to Radio Liberty.

Linà dedicated her song to the Heroes of the Heaven’s Hundred. After the illegal annexation of Crimea Lina extended the lyrics of the song named it “United Ukraine – Free Ukraine.”

She has recently starred on her clip, where called on Ukrainians to stay strong and keep the faith.

“I wrote a song “United Ukraine – Free Ukraine”, which I dedicate to our heroes and all our brave people of Ukraine. I want to wish all our people, all our heroes to stay strong – and we will win!” – said Linà.

It should be recalled that on February 18-20 Ukrainians commemorate the memory of the Heaven’s Hundred – activists, who gave their lives for freedom of Ukraine. Two years ago on February 18 began events that led to the overthrow of the dictatorship of Viktor Yanukovych.

During 18-20 February the special police unit (Berkut) and snipers shot at people on Maidan Nezalezhnosti (in the downtown Kyiv) with AK-74 assault rifles. The final death toll from the clashes was 103 protesters and 13 policemen.