Shares
UNESCO does not accept Russian jurisdiction over the Tauric Chersonese museum reserve, because Crimea is not recognized as Russian territory under international law 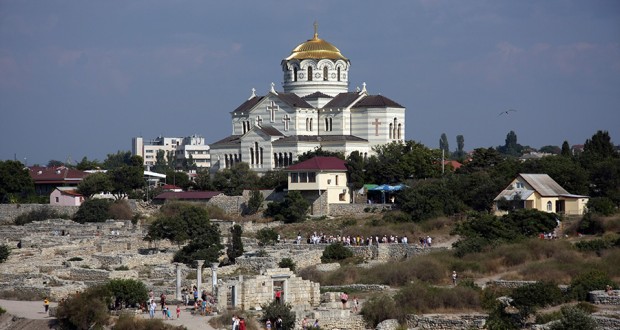 “Today UNESCO does not recognize this fact. There was UN voting and yet Crimea is not recognized as Russian territory under international law.” –  said Mitrofanova during a Moscow-Paris video bridge on Thursday.

“Ukrainian side proceeds from the assumption that the object of cultural heritage belongs to Ukraine, Russian laws are not valid there, which de facto is not so “, – said Mitrofanova.

She claims that Tauric Chersonese museum reserve has received funds, and the restoration is carried out there. In addition, its director regularly sends reports to UNESCO.