Russian State Duma refused to honor the memory of Boris Nemtsov, murdered a year ago 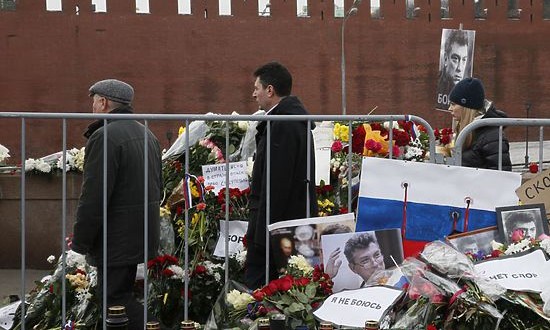 Russian State Duma rejected MP Dmitry Gudkov’s proposal to honor with a moment of silence the memory of the Russia’s prominent politician Boris Nemtsov, murdered a year ago, Joinfo.ua reports.

Russian opposition MP Dmitry Gudkov posted on Facebook that he proposed to to honor Nemtsov’s memory with a moment of silence at the Russia’s parliament session.

Gudkov said that only two deputies – Ivan Grachev and him – supported the proposal.

“Valery Zubov, Ilya Ponomaryov and Sergey Petrov [opposition MPs] also called me. They’re not in Moscow now but they supported [the proposal]. Well, much more of us will come tomorrow to the [Commemoration] March. Perhaps some people in the Duma are still going to feel ashamed, somewhere deep in their hearts,” – Gudkov wrote.

Leader of the Liberal Democratic faction Vladimir Zhirinovsky said that MPs would honor the memory [of Boris Nemtsov] only “if the country’s president would declare a state of mourning.”

Zhirinovsky said that the State Duma Council adopts such decisions. Sergey Naryshkin the speaker of the lower house of the Russian Parliament supported Zhirinovsky’s opinion.

Tomorrow commemoration events will take place in Moscow and other Russian cities.