Shares
The Russian authorities in the occupied Crimea presented military draft notices to parents of three newborn baby boys along with birth certificates. And they even put the wrong date in the drafts 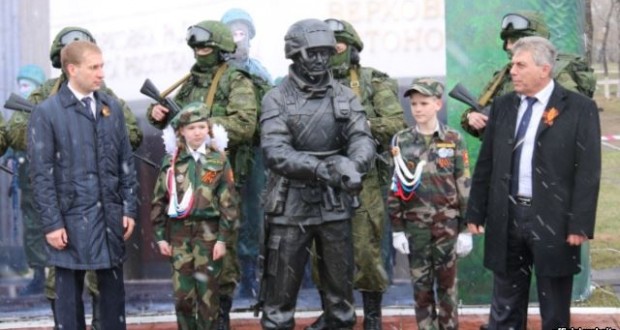 The boys were given the notices by the chief Russian military recruiting officer in the Simferopol district of Crimea, the Moscow-installed Justice Ministry for the region said on its website, Radio Liberty reports.

The documents were presented as part of a celebration of “the glorious sons of Russia” marking Defenders of the Fatherland Day, the February 23 holiday honoring the Russian military — and, unofficially, all Russian men.

The ministry said the notices indicated the boys should report for military service on January 24, 2032.

That date was a mistake, according to the website meduza.io, which pointed out that Russian males are obliged to register for military service when they turn 17 — an age the three boys will not reach until 2033.

Russia seized control of Crimea from Ukraine in March 2014 after supporting a takeover of the regional legislature, sending in troops widely known as “little green men” for their unmarked uniforms, and staging a referendum dismissed around the world as illegitimate.