Russia may be banned from Olympics in Rio de Janeiro

Shares
Russia athletes will be allowed to return to competition, including August's Olympics in Rio de Janeiro, only when it can prove it has met a series of conditions regarding its anti-doping operation 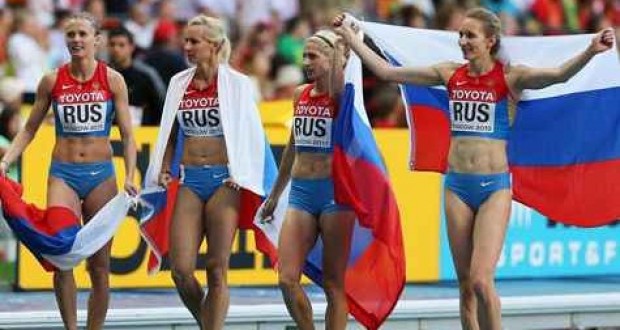 Russia is running out of time to eradicate doping and may not be able to send a track and field team to this year’s Rio Olympics, Dick Pound, chair of the World Anti-Doping Agency independent commission, said on Wednesday, Reuters reported.

“There seems to be some evidence that they’re just changing deckchairs on the Titanic,” he told an anti-doping conference.

Russian athletes were banned from international competition after a report by Pound’s commission revealing widespread doping and graft with involvement of Russian and international athletics officials. Russian athletics authorities were ordered to carry out sweeping reforms to allow a lifting of the ban.

“My guess is Russia may not make it back for Rio. The IAAF and WADA are not going to risk their reputations by rolling over and playing dead,” Pound said.

Amongst the claims in Sunday’s ARD program were that Russian coaches suspended in the worst corruption and doping scandal to hit the sport were still working in athletics, while others continued to provide banned substances to athletes.

“We said to them at the time if you stop complaining about the report you have a chance. Whether their progress is sufficient enough? I don’t think they are devoting all their time and energy into getting where they ought to be.”

It should be recalled that in November 2015, an independent commission of the World Anti-Doping Agency (WADA) has found that Russia was involved in state-sponsored doping and recommended that Russian athletes to be suspended from Olympic Games of 2016 in Rio de Janeiro.

According to a released report, Russia took part in a systemic, and state-sponsored doping program for several years, including in the run-up to the Sochi Games.

A month ago the International Association of Athletics Federations (IAAF) published a list of 4,027 Russian athletes banned from international competitions.

On Monday March 7, tennis star Maria Sharapova announced that she failed a doping test at January’s Australian Open. According to The International Tennis Federation, Sharapova “will be provisionally suspended with effect from 12 March, pending determination of the case.” The penalty for first-time offenders is usually two years.