Shares
On March 25, President of Ukraine Petro Poroshenko signed a Decree on demobilization of servicemen conscripted during the fourth wave of partial mobilization 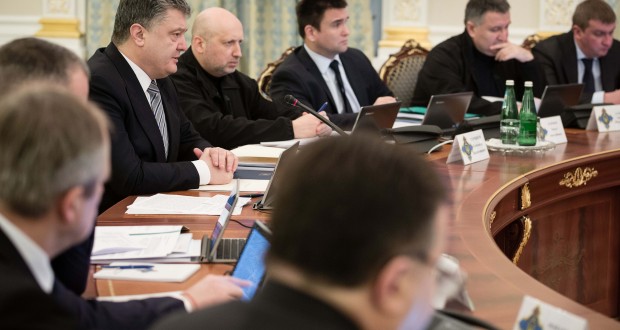 “I would like to begin with very good news for 45 thousand servicemen who defend our state in difficult conditions. I mean soldiers of the so-called fourth wave of mobilization. I have signed a Decree on demobilization of servicemen conscripted by the Decree of July 21, 2014 and the Decree of January 14, 2015,” Petro Poroshenko informed at the National Security and Defence Council session, Joinfo.ua reports with reference to the Presidential press service.

“This Decree will not affect the level of defense capacity of the state or reduce the number of troops in the east of Ukraine and in the area of Crimean isthmus,” the President said.

According to the President Poroshenko, the state makes every effort to maintain the Armed Forces and other security units. He also noted successful campaign on concluding contracts with military, which is being held much faster than before. The President emphasizes that the country ensures decent financial supply of servicemen. A soldier receives at least UAH 7000 outside the ATO area and UAH 11000 in the ATO area, as stated by the President.

According to the Head of State, about 14 thousand contracts have been concluded with Ukrainian servicemen since the beginning of 2016.