Shares
Ukrainian President Petro Poroshenko has signed an amendment to the Cinematography Law, introducing a ban on all films released from January 1, 2014, if they are produced by an aggressor state 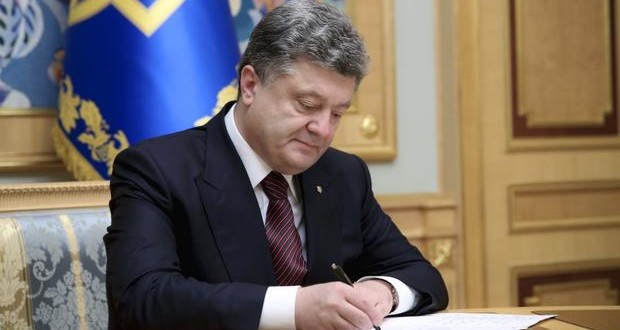 The Parliament of Ukraine reported it received the signed law on April 20, according to a posting on the Verkhovna Rada’s official website, Joinfo.ua reports with reference to UNIAN.

The Ukrainian parliament passed amendments to the Cinematography Law on March 29, 2016. The amendments extended a ban on the broadcasting of the films that were released or screened after January 1, 2014, country of origin of which is Russia, irrespective of their content. Under the amended law, all films produced after August 1, 1991, to popularize law enforcement agencies of an aggressor state or propagate their activity will not be allowed for screening/broadcasting in Ukraine irrespective of a country of origin.

The amended law shall become effective the next day after its official publication.