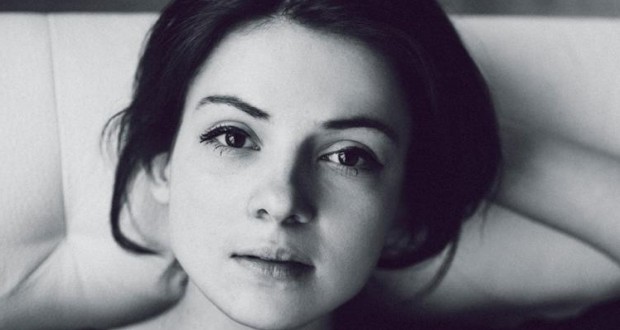 The young Ukrainian artist Viktoria Kravchenko loves to travel and paint. She has recently presented her unique watercolor collection of the seven doors around the world. Viktoria finds these doors very interesting in terms of design and architecture, Joinfo.ua reports with reference to his.ua.

“This project was born out of my love for Art Nouveau. I really like the way the architects, painters and sculptors of the period used the curved lines, they found inspiration in nature and paid so much attention to such practical things as the door frame. In my works I have shown that a door can become a real masterpiece,”- says Viktoria.

Viktoria found the first door in Brussels (6 Rue Du Lac). Six years ago, Viktoria first saw it on the Internet. She was so amazed by stunning architecture, that she began to look for new art objects and collect her own collection of door photos from around the world.

“Belgium was an early center of Art Nouveau architecture. Despite the fact that this style spread quickly throughout Europe, Brussels is still one of the best places to hunt for fine examples of this fascinating architectural form,”- says the artist. The second door Viktoria found three years ago in Prague (Široká 912). Her attention was drawn by a disproportionate sculptural decoration, which seemed too large for such a small door.

“But something in that moment made me stop near this door for a long time to look into the face-sculptures of girls, and a year later to begin to paint watercolors of that door,” – says Viktoria. The third door was the work of architect Emile André in Nancy, France (92 Quai Claude le Lorrain). Viktoria came across that door in one of the books on the Art Nouveau style in architecture.

“Sculptural group with a wreath of pine branches and cones, the two windows above the door in the form of a butterfly’s wings, a combination of bright shades of limestone on the walls, stained glass windows and painted wood gave this building a special and beautiful nature”, – she says. The fourth painting was a door in Paris (29 Avenue Rapp) in the building of the famous French architect Jules Aime Lavirotta. Viktoria then went back to Prague, where found the fifth door for her collection on Masarykovo nábř building. 16 that along the river Vltava. She was impressed by a tile peacock-shaped mosaic. The sixth door is located in Riga in the famous House With Black Cats on Meistaru iela 10/12, which is the living legend of the city. The House was built in 1909 by architect Friedrich Scheffel. The facade is decorated with black cats, thanks to which he has become so popular. And the last door Viktoria found home – in her native city of Kyiv. This is the door to one of the commercial buildings in the downtown (Yaroslav Val, 49 B). “I did not plan that my collection will consist of seven paintings. I just drew, whenever I wanted to, but after my work in Kyiv had been done, I realized that it was time to finish it, because the series was complete and self-sufficient. So I am very happy with the result,”- said Viktoria Kravchenko.