Shares
In Ukraine’s volatile Donbas region, there are currently more than three million people in need of assistance. This ranges from no access to drinking water, low food supplies to simply a lack of shelter 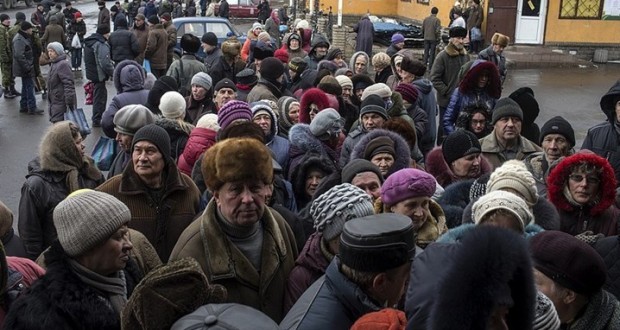 In Ukraine’s volatile Donbas region, there are currently more than three million people in need of assistance. This ranges from no access to drinking water, low food supplies to simply a lack of shelter. One third of those people are elderly, according to London-based NGO HelpAge International, 112 Ukraine TV channel reports.

What’s more worrying is that older people account for the majority of the remaining population in conflict-ridden areas, according to a report released by HelpAge. More than half of the elderly people the organization spoke with said they cannot leave the dangerous areas because they have nowhere else to go.

Europe’s OSCE watchdog, monitoring events along Ukraine’s front line, reports the situation for civilians trapped between the two opposing sides is particularly difficult and dangerous. Their movement is limited, leaving them with a scarce supply of food and water.

Older people are often misunderstood, overlooked, and invisible to those providing aid, according to HelpAge International. More than half of the elderly living in war-ravaged eastern Ukraine said no one had come to ask them about their needs. And seeking aid is becoming more difficult, especially since 55% of those questioned said they were denied access to assistance because of their age.

These are some of their stories: “I was a young person during the Second World War. I never dreamed that I’d be living through yet another war at my age now.

“Humanitarian aid is important for the people here because of the blockade. For nine months, we had no pension and many people simply starved. I don’t know how we would have survived without aid.

“When I was young, I did everything at home myself: repairs, wiring, painting and plastering. With age, it became harder and harder. Now when I visit a shop, I can’t see the goods. I have to ask other people and sometimes they laugh at me. I went to the market and felt as if I’d been ploughing fields all day.” “I’ve had to take sedatives for the last two years because of the sound of the explosions at night. I worry that I won’t wake up because of my heart condition or that a bomb will fall on my house.

“My pension isn’t enough for food, let alone medicine. I have high blood pressure, I suffered a heart attack two years ago and my gallbladder was removed a year ago. I was lucky not to pay for the operations but all my savings were spent on the treatment afterwards. I had to borrow money from friends and neighbours and I’m still paying it back. I have a knee condition and can barely walk. My life totally depends on my health.

“I can’t work anymore, even though I want to.”