Over 40% of Ukrainians have positive attitude towards displaced persons

Shares
A total of 43% of Ukrainians have a positive attitude to internally displaced persons (IDPs), according to a poll 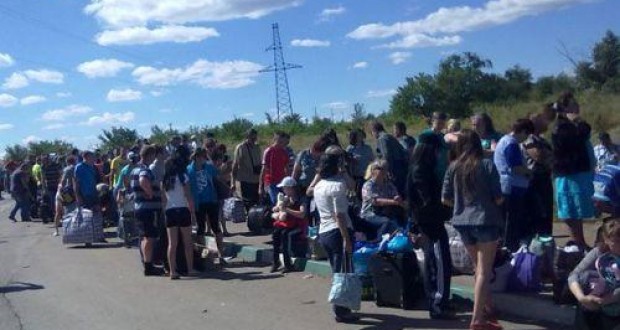 Thus, according to figures revealed by the Kyiv International Institute of Sociology (KIIS) at a press conference on Thursday, 43% of respondents have a positive attitude to the IDPs from Donbas and Crimea, 47% are neutral, 6% – negative and 4% – undecided, Joinfo.ua reports with reference to Interfax-Ukraine.

Displaced persons are a burden for the social and economic infrastructure for host cities, which in its turn gives rise to a conflict between the local population and IDPs, Minister for Occupied Territories and Internally Displaced Persons Vadym Chernysh said.

“As the poll shows, public opinion has been positive or neutral in most cases for two years. In this regard, one of the tasks of the newly established ministry is promoting the ability of society to respond to the challenges of internal displacement,” Chernysh said.

Judging by the poll, Ukrainians tend to think of IDPs as citizens who enjoy equal rights with other Ukrainians, they are also hostages of the situation, and they need support (89%).

Respondents (77%) also believe IDPs are not guilty in the situation they found themselves. However, according to 80% of the people polled, the IDPs are obliged to serve in the military on a par with everyone else (80%).

Some 85% of respondents think IDPs have to go back as soon as possible.

According to the findings of the poll, primarily Kyivans attribute the rise in crime in cities with IDPs (39%), while in other regions this figure does not exceed 16%.

The public opinion poll regarding the attitude towards IDPs was conducted by KIIS in February and March 2016 by the UN Agency for Refugees (UNHCR) request. The survey covered the whole territory of Ukraine (except for Crimea and the uncontrolled territories of Donbas). A total of 2,000 of respondents were polled. The poll was conducted by means of an interview and is representative for the adult non-institutional population of the whole territory Ukraine.