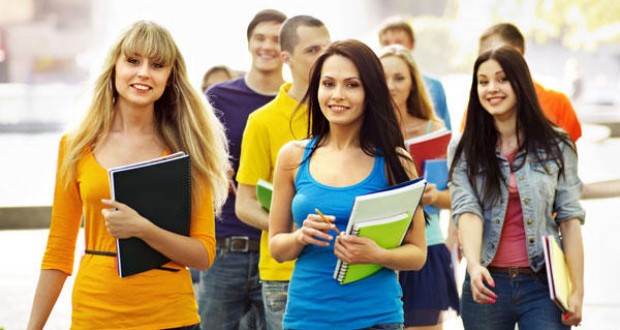 The European Parliament has passed a new visa directive on European Union entry and residence that makes it easier and more attractive for people from third countries to study or do research at EU universities, Joinfo.ua reports with reference to the University World News.

The Visa Directive, passed by MEPs in May, merges two existing directives and will ensure that:
Students and researchers may stay at least nine months after finishing their studies or research in order to look for a job or to set up a business.

Lead MEP Cecilia Wikström of the Swedish Liberal People’s Party and a member of the parliamentary Group of the Alliance of Liberals and Democrats for Europe, said: “I am glad that the EU recognises the value of attracting highly skilled people to come here and to entice them to stay by creating a harmonised European system applicable in all member states.

“This undoubtedly means that European universities will be able to strengthen their competitiveness in the global arena and become more attractive than ever to ambitious and highly educated people from other countries, thanks to considerably improved conditions in the EU.”

Fernando Galan, chairperson of the European Students’ Union or ESU – the umbrella organisation of 45 national unions of students from 38 countries – welcomed the new directive but said it “represents half of what we would have loved to see”.

He wished the final text better reflected the needs of non-EU international students, by, for example, granting them the same right to work in the hosting country as domestic students.

“We hope that this directive is only a first step in ensuring that Europe attracts more non-EU students to its campuses and encourages and increases internationalisation.”

He said although ESU welcomes the steps forward to increase brain circulation and support cooperation with third countries, the period of the right to stay after finishing studies was cut down by half – the European Commission had proposed 12 months and the European Parliament 18 – and the right to work has been reduced from 20 to 15 hours a week.

In addition, students’ families had been excluded and only researchers will be able to bring their families with them.

Member states will have two years to implement the directive, but the ESU called on governments to do so as quickly as possible to improve the situation of students from third countries.

It should be recalled that on 17 June, the National Aviation University of Ukraine (NAU) hosted Dr. Olga Artyushkina, Researcher of the Sorbonne University and Head of the Center of Slavic Studies at the University of Aix-Marseilles and Sergiy Vakarin, Chairman of the Board of UkraineIs NGO, Board Member of the Ukrainian Chevening Alumni Association, Master of Management and Information of the University of Manchester.

Staff and students of humanitarian, economic and technological departments of NAU and other leading universities of Ukraine have attended the meeting.

NAU’s acting rector Volodymyr Kharchenko presented the National Aviation University and its international cooperation, including teaching of foreign students, and expressed the hope that the NAU and the Sorbonne University will establish cooperation in the areas of mutual interest.