Shares
A cat named Ludo that lives in the United Kingdom was named as the longest domestic cat by the Guinness World Record. 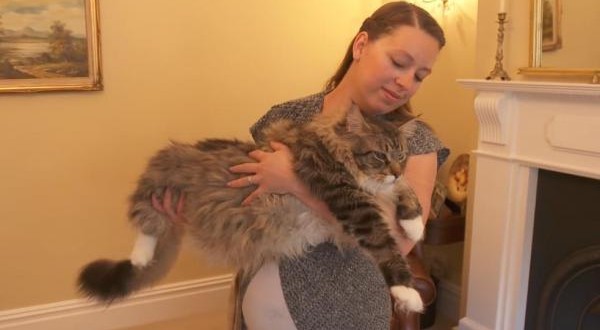 The Maine Coon named Ludo is about 3 feet and 11 inches long, just 5 centimeters shorter than the longest cat ever, a fellow Maine Coon named Stewart Gilligan, Joinfo.com reports with reference to UPI.

Ludo lives in Wakefield with his owner Kelsey Gill, who said she was inspired to own a Maine Coon after seeing them in the Harry Potter films.

Gill said she took in Ludo as a 13-week-old kitten and quickly realized he was larger than most other cats of his breed.

According to Gill, Ludo has a lazy personality and his considerable length makes him slightly more clumsy than other cats.

She has to use a dog carrier to transport Ludo, but said his size comes in handy when she’s looking for him in the house.