Seal rescued at holiday park beach in the Netherlands

Shares
A female seal pup was rescued after it swam to the beach in Bad Hulckesteijn holiday park in Nijkerk, the Netherlands and transferred to the animal shelter 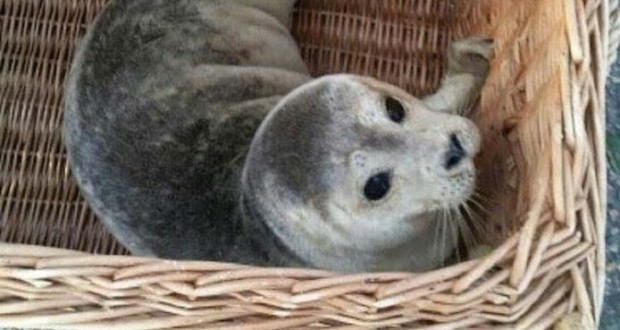 According to the Dutch media, the seal lying on the beach was spotted by Bad Hulckesteijn holiday park employee while repairing a jetty, Joinfo.com reports.

An animal ambulance was called, but when the medics arrived, the animal went into the water. After several attempts, they managed to catch Hulcky with a towel and a net. Then Hulcky was transported in a basket to the animal shelter in Pieterburen. According to the experts of Pieterburen, Hulcky is not older than four months. The seal was immediately given the first medication. An examination showed that she has a lung worm infection, so, the sooner treatment begins, the better.