Shares
It is not easy for a trainer to come up with a good encouragement every week just before you send football players on the field. Niek Tiemersma from SC Franeker Voetbalclub in Franeker, the Netherlands seems to have found a great solution. He sends his players on the field after cheering them up with rap. 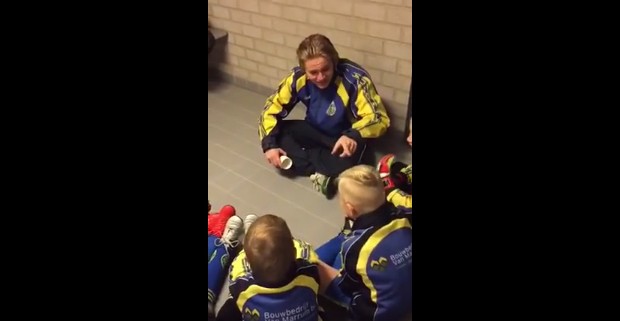 Niek Tiemersma mentions boys’ names and praises all the young players in his rap, Joinfo.com reports with reference to Metronieuws.

During just fifty seconds we have known that Milan is stronger than the boys in group eight, that nobody is beyond Wessel and that Niek has stopped counting goals from David.