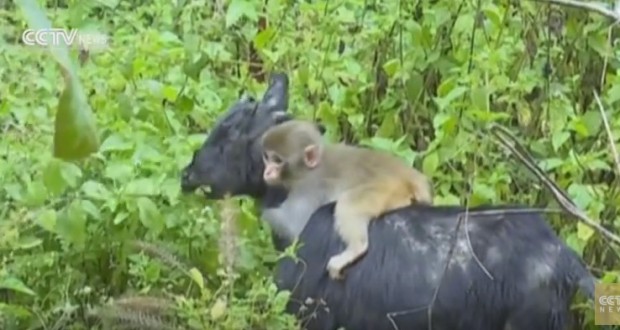 A baby monkey was found by Zhong Shu, farmer when he was checking on the goat herd at his farm in Jiangxi Province, East China, Joinfo.com reports with reference to CCTV.

The baby monkey was scared and tried to hide in the barn, but later found a safe refuge on the back of a goat.

The farmer says that the baby monkey has been traveling on the goat’s back for a few days and never left its side. Zhong Shu has tried to feed the monkey bananas, but it refuses to eat.

Local wildlife authorities decided to take the little creature to the zoo and release it back into the wild later.