Shares
The British boy Lenny-George Jones, 3, saved his father’s life by feeding him with unsweetened yogurt with a toy plastic knife. The man suffers from diabetes type 1 and fainted when his wife was not home. 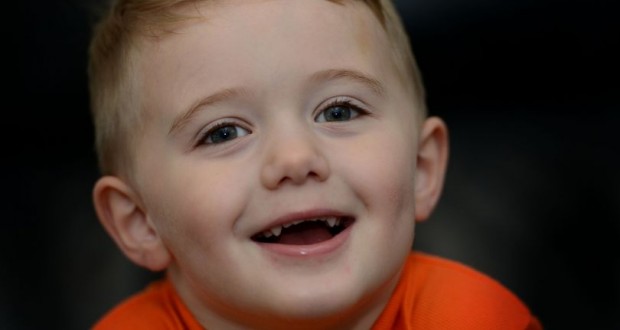 According to his parents, the boy did not know that his father had to take insulin four times a day.

“We never sat down with him and told him that dad has diabetes,” mother Emma said to Manchester News, Joinfo.com reports.

“Lenny must have seen Mark unwell in the past and seen me walking to the fridge to give him something to eat. If there are no Mars bars there, I give often him a yoghurt…”

It was Saturday evening earlier this month, when Emma went to her mother, who lives two minutes away by car.

“I left them watching TV. When I returned after about half an hour, they laid together in a chair. Mark did not look well, so I asked what was going on,” the proud mother said. “Lenny said that he had saved daddy. Mark confirmed that.”

Mark woke up on the kitchen floor while Lenny fed him with unsweetened yogurt that he had managed to get out of the fridge. “I still do not understand how he managed to get the yogurt from the high refrigerator. Looks like he has dragged his little blue chair to stand on it,” Emma said.

Certainly, the three-year-old Lenny have probably helped his father escape death. Mark had the blood sugar so low that he could easily get into a diabetic coma if his son had not intervened.

“If he had been in bed or Lenny had not done what he did, it could have turned out completely differently,” the proud mom concluded.