Shares
Zayn Malik has asked Gigi Hadid to marry him, but she refused, according to Hollywood Life’s report. 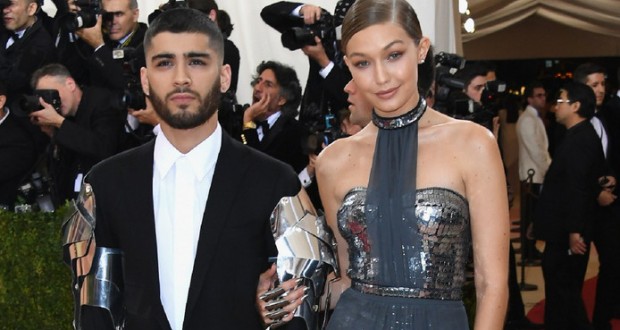 Gigi Hadid, 21, and Zayn Malik, 23, have been dating for just a year, and she turned down his marriage proposal, according to the report.

“She’s only 21 and doesn’t feel ready to tie the knot, so she turned him down,” said source.

Gigi is also scared to follow in her mom’s footsteps, the source adds.

“She’s seen her mom [Yolanda Hadid] go through two messy divorces, so Gigi wants to make 100 percent sure Zayn’s the one before she makes a lifetime commitment,” the insider shares.

It’s also worth noting that if and when Gigi says yes, we’ll all know right away!

“If they do get engaged, it’s not going to be something Gigi will want to hide,” a source has told HollywoodLife.com exclusively. “She’s very proud to be dating Zayn. If [she decides] to marry him, there is no way she’ll keep it a secret.”

It should be recalled that the British Fashion Council crowned Gigi Hadid as International Model of the Year 2016 at London’s annual Fashion Awards ceremony early December.