Shares
An army reservist who broke his leg on a beach used Morse code with his torch to signal for help. 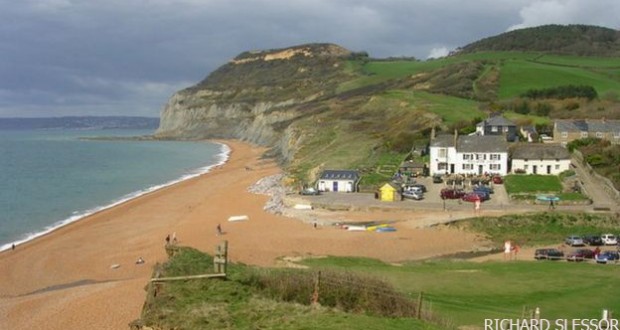 Sgt Tim Robinson, a 54-year-old reservist, was walking on beaches in Seatown, near Lyme Regis in Dorset, when he slipped on some seaweed, the BBC reports.

As it was getting dark, Sgt Robinson, who was visiting from Derbyshire, used his torch to signal “SOS” in Morse code to his wife, more than a mile away.

Sgt Robinson was walking on his own on the Jurassic Coast when he slipped, fell and broke his leg on Tuesday afternoon.

He was two miles away from the nearest town and did not have a mobile phone on him.

He said: “I stepped on some seaweed and slipped, then my leg snapped. I fell backwards and I heard it go with a large crack, my foot was at a 45-degree angle.”

“[There’s a] moment of disbelief and denial, and then you pull yourself together and think, ‘what have I got with me and what am I going to do?’,” Robinson said.

He staggered and crawled for about two hours before he took out his miniature torch and began signaling towards his hotel, where he hoped his wife would be looking for him.

The reservist regimentally signaled the SOS Morse code and then swung the torch over his head – a technique army officers use to signal helicopters. He then crawled 50 yards.

He repeated the process three times before his wife found him by following the signals. She then called the emergency services. He was admitted to an ambulance at the Dorset County Hospital at 19:10 GMT and now is waiting for an operation on his leg and foot.

Another dramatic story happened in the US state of Michigan, where a devoted dog called Kelsy has helped save her owner during a 20-hour, near-death ordeal after a man fell in the snow and broke his neck outside his home.