Australian jogger says ‘lucky to be alive’ after kangaroo attack

Shares
An Australian jogger has had emergency surgery after being savagely attacked by a rogue kangaroo in suburban Melbourne. 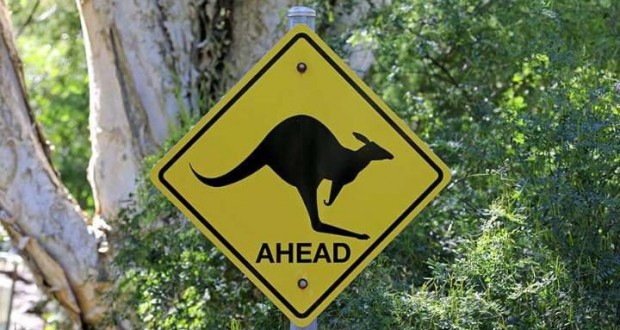 Debbie Urquhart, 54, said she feels lucky to be alive after being ripped, kicked and mauled by a 2-meter tall male kangaroo on Saturday morning while jogging towards a running track in North-East Melbourne, Telegraph reports.

“He came out of nowhere! He was massive and knocked me down,” the jogger told a local radio station. “He came and hit me like a damn truck.”

The jogger told local media that the marsupial repeatedly kicked her on the right side of her body, ripped her clothes and “threw me around like a rag doll.”

“The more I was screaming the more he was going for me,” she said.

She said that when she stopped screaming the animal stopped and she managed to crawl away and reach her home about 300 meters away.

Templestowe personal trainer Debbie Urquhart says she feared for her life when a kangaroo attacked her on her morning jog. #9News pic.twitter.com/KyNsoTjuyB

The 54-year-old was brought to Austin Hospital in Heidelberg by her husband and held overnight.

Ms Urquhart received dozens of stitches and emergency surgery to repair a torn biceps muscle, a ripped deltoid and deep scratches to her back and buttocks. She said that she narrowly avoided additional plastic surgery.

Mrs Urquhart, a personal trainer, said memories of the horror attack were seared in her mind.

“Every time I close my eyes it’s pretty vivid, it’s horrible,” she said.

“He pushed me down with his back feet and then just sort of clawed at me,” she said.

“Me protecting myself is how my arm got ripped so badly. He could have got to my stomach or anything but I sort of protected myself with the grass and, thank God, he moved away,” she told media.

The personal trainer was back at work on Monday, but said she is not likely to go back to the same track to run. She also warned people to be careful with kangaroos as “you can’t trust them.”