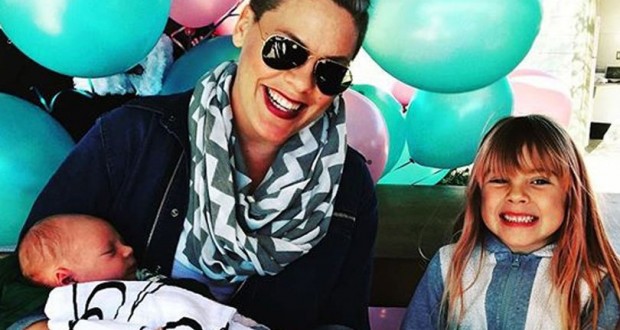 Pink has opened up about how difficult it can be to raise more than one child, Mirror reports.

Pink says she doesn’t want her five-year-old daughter Willow to be jealous of the attention given to her new baby brother.

Speaking on The Ellen DeGeneres Show, she said: “He’s delicious. I literally put Jameson down when she walks in the room. [Willow is] a little weepy these days so we’re working it out.”

It comes after Pink, 37, held a party for her eldest child to congratulate her on becoming a big sister.

Little Jameson is just five-weeks-old and the singer is worried her daughter is feeling left out.

Happy New Year #newlove #newlife #newenergy #newhope #newday the harts thank you for your love ❤️ and we send it back to you in spades. Фото опубликовано P!NK (@pink) Дек 31 2016 в 2:56 PST

And Pink has been sharing a string of pictures of her two children – who she has with husband Carey Hart – on social media since Jameson’s arrival in late December.