Home / Life / Study shows we may be showering too much

Study shows we may be showering too much

Shares
Some researchers believe that we should be embracing our natural stink – with studies having shown that showering too much can damage the ‘microbiome’, the community of microbes that live on us. 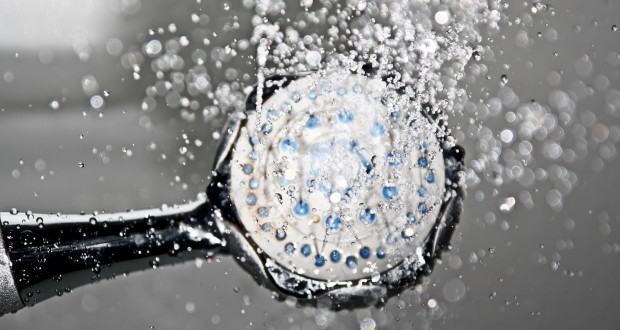 A study of the Yanomami pepole in the Amazon found that they had a far richer community of microbes in their skin, mouths and faeces, Metro reports.

But some people are going further – and actually giving up showering altogether.

One MIT graduate says he hasn’t showered for 12 years – and amazingly, he still has a job.

Instead, he sprays his body with a fluid he invented, called Mother Dirt AO+ Mist’, containing ‘good’ bacteria (based on ones found in human armpits) – and claims that is enough.

The company advises that users wash their hands – and cut back on soap, rather than cutting out showering altogether.

Its founder, though, is a little more hardcore.

Dan Whitlock says, he has not taken a shower in 12 years. ‘I didn’t have a biology degree – I wasn’t at an institution that was renowned for its biological research. And I was proposing something completely off the wall.’

The bacteria in the spray eat the ammonia in our sweat. Its makers claim that it works as a cleanser, deodorant, anti-inflammatory and immune system booster, which is applied regularly from a bottle of clear fluid seething with bacteria.

The theory is that the body becomes coated in an invisible colony of microbes, which work instead of, or in addition to conventional cleaning, according to maker AOBiome.

A New York Times reporter said that she had stood close to both the CEO and to engineer Whitlock – who has used sponges to wipe away grime, but nothing else, for more than a decade – but did not notice any dirt marks or stench caused by their unusual ‘cleansing’ regime.

Whitlock said that he took the decision to quit showering to simulate what happened to human bodies before the invention of soap.

‘I wasn’t sure what would happen,’ he says. ‘But I knew it would be good.’
All those dots in a row sure look like an arrow pointing toward the conclusion that showering too often is a bad idea for your health. But there’s no published research that I’m aware of drawing a clear, bright line between them.

Part of the problem may be that it’s difficult to assemble a large enough body of subjects willing to skip showering for a long period of time to conduct a high-confidence controlled study. Instead, the published science on shower-skipping is mostly a stack stories of self-experimentation.

These stories, anecdotally at least, answer the most important question about shower-skipping: What to do about the stink?