Shares
Twins in Quincy, Illinois are garnering attention and not just because they are super adorable. 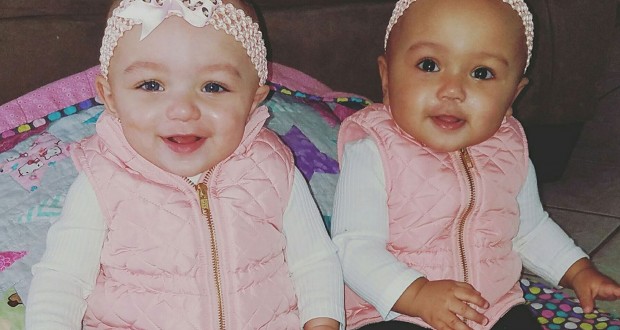 Meyer is Caucasion, while Dean is African-American.

“We’re chromosome twins. Kalani is light with blue eyes and Jarani is the darker one with brown eyes,” Meyer recently wrote on Facebook, along with a photo of the fraternal twins, who were born in April 2016.

A biracial couple expecting twins have approximately a 1 in 500 chance for their twins to be born with different skin colors, according to the BBC.

“At first when they were born, I wanted to believe it but it’s so rare I didn’t think it’d happen to my twins! But sure enough they’re biracial twins!” Meyer said.

The mother of three also said that Kalani has lots of energy and is crawling while Jarani loves to eat and has yet to crawl.