Shares
Despite the general exhaustion that goes with being a new mum, many women are keen to return to their pre-bump size as soon as they can. 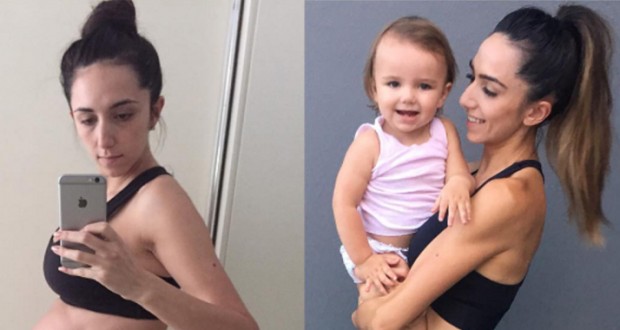 And, according to Brittany Noonan, trainer and fitness blogger, this hurry means that loads of freshly postpartum women are screwing up their regimes and bodies, Joinfo.com reports with reference to Metro.

Brittany says that the main mistake new mums make is rushing back to the gym almost as soon as they’ve given birth.

‘Give your body time to heal and ensure you have had your six week check up before starting any exercise routine,’ she writes.

‘I would recommend listening to your body and staying aware of how it feels – it may take a lot longer than six weeks to be ready to exercise.’

Too much too soon, she says, ‘will cause so much muscle tension and tightness you won’t be able to sit on the toilet, bend down to pick up the baby and will turn you off going back (to the gym)’. In other words, overdoing it will only hinder – not help – the process of recovery.

Brittany says that she resumed her own gym regime 10 weeks after having a caesarean.

Before heading back to the gym, she says that she used to do pelvic floor workouts at home to heal her ‘abdominal separation’, as well as taking her daughter for walks in her pram.

POSTPARTUM FITNESS| your body has just been through an absolutely life changing experience , it’s just stretched and grown for nearly 10 months to grow a human, it’s not as tight as it used to be and you may feel wobbly not only in your tummy but in all of your joints. You can’t run,lift or move like before, your abdominals are weak and usually separated and sometimes you feel like or you may even wee a little (or a lot) when you cough, sneeze, laugh or at the thought of exercise. All of these normal physical changes have occurred on top of the absolutely massive amount of hormonal changes, mental challenges of pregnancy and motherhood PLUS the sheer exhaustion of being a new mum. So I get it, I totally get it why exercise would be the last thing you want to know about or feel like doing & it probably felt or still feels like you would never feel “normal” again. BUT by taking the right precautions, practicing safe exercise, doing your Kegels every day, easing back in to exercise, moving your body and also listening to it you can make changes, feel stronger and help improve your mental state, aid to help with sleep deprivation not to mention also repair the damage to your pelvic floor. You can feel like yourself again and hell you may even feel like the best version of you because now you are the best version of you – you’re a Mum and that’s pretty amazing! Wearing: @arelibyrikkilee

The other big mistakes include new mums comparing their bodies to other women’s (‘don’t jump on Instagram and start comparing yourself to other “fit mums” who have a whole lot more time, in most cases money and education around fitness’.) and attempting to work out alone.

‘The BEST thing you can do before returning to exercise…is to see a women’s health physio and have your pelvic floor strength tested, your abdominal separation checked and also a general check up of your joints – particularly those around your pelvis and lower back,’ she says.

She also recommends thinking about hiring a personal trainer who specialises in postpartum fitness.

“These small investments financially will ensure that you are returning safely.’ Another big ‘no’ is apparently doing sit-ups and crunches during and after pregnancy – which she says applies to every woman up to six months postpartum.

Finally, she reminds new mums not to put too much pressure on getting back to ‘normal’. Brittany says that it’s normal not to be able to do the things you used to do previously but it’s just a matter of time.

‘When it comes to postpartum fitness, slow and steady definitely wins the race for long term health.’

Read also: Jogging can protect your knees from arthritis – study.