Shares
If you need your dose of a cute animal video for the day, make sure to watch this baby giraffe taking her first steps. 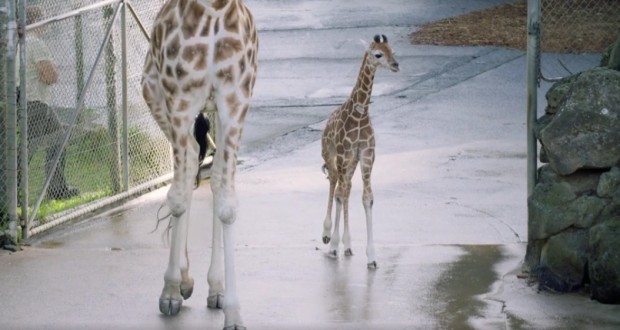 A surviving baby twin giraffe at the Auckland Zoo is taking her first steps one stride at a time. The calf slowly walked around the outdoor exhibit on January 23 with her aunt Rukiya, brother and mom, Joinfo.com reports with reference to WABC-TV.

A zoo team leader said the giraffe was sticking close to mom.

“She’s a little bit cheeky, she would run up to them and run back to mom for a little bit security,” Pridelands team leader Nat Sullivan said.

Sullivan said the giraffe would soon be introduced to her father.

The baby giraffe was part of a rare birth of twin giraffes at the zoo. Zookeepers, unfortunately, had to euthanize the male giraffe on Jan. 3. They were born prematurely on New Year’s Eve.

It should be recalled that earlier this month, a German family published a hilarious video of a greedy giraffe stealing their ice cream cone from their car.