Shares
Today's daily horoscope for all Zodiac Signs for 30 January 2017. Today it is hard to concentrate on the mundane world as the Pisces Moon heightens our fantasies. 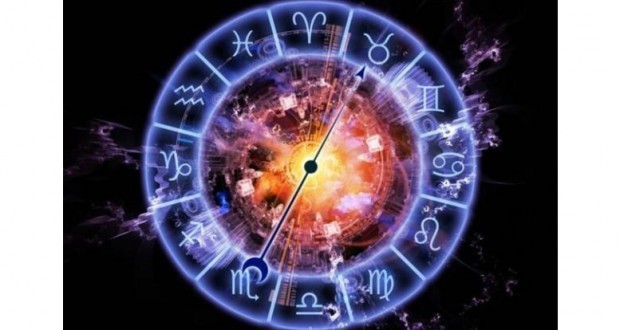 Today, Leos have some trouble in their relationship and in Virgos private life not everything is running as well as they would like.

Moon is in Pisces

The conjunction between the moon and Neptune reflects the desire for fancy and imagination—you might be in imbalance. Venus stays in the sign of Scorpio – still remaining the square – it represents times of trouble with defiance. Thoughts are changeable – deviated from the truth. You are highly sensitive and want to be left alone.

The cosmic timing seems wrong as the Pisces Moon heightens our fantasies on a day when many of us return to work or school. Circumstances may demand our attention, but it’s challenging to concentrate on the mundane world when our daydreams are so captivating. The Moon hooks up with surreal Neptune and makes cooperative connections with trickster Mercury and mysterious Pluto, turning every little thought into a free ticket down another rabbit hole.

The week has just started but it could feel like you’re already running out of batteries. You prefer to recharge while the Moon wades through transient Pisces and connects with dreamy Neptune in your 12th House of Privacy. You don’t need to conquer the world today, but choosing to give up and hibernate isn’t a wise choice either. Take care of your most important responsibilities first and then you can rest with a clear conscience later, knowing you made some progress. Wake up with determination, go to bed with satisfaction.

It almost seems like if you keep your eyes closed, the exotic resort you’re imagining will materialize. Experience proves that this isn’t the case, but that doesn’t stop you from wishing with all your might for an escape from the mundane. The nebulous Pisces Moon tries to talk brainy Mercury into planning your dream getaway, but perhaps the realistic choice is to simply change the screensaver on your phone to your ideal vacation spot instead. Starve your distractions, feed your focus.

It’s as if a sonic frequency is vibrating all the pieces in your personal puzzle, moving things when you’re not looking until suddenly everything has shifted. The watery Pisces Moon aligns with penetrating Pluto and wordy Mercury, creating a funnel through which your deep musings spill into the outside world. A close watch is required to prevent saying too much, since comments made in the workplace often lack the appropriate context and can lead to awkward misunderstandings. Erring on the side of caution enables you to sidestep trouble and maintain peace of mind.

You’re walking through life in a trance today, as if your personal bubble has expanded to encompass imaginary worlds that only graze reality. It seems so real that you feel you must tell someone about your splendid visions, and even take them along for a tour if they’re willing. However, there’s a chance that opening up to others will only pull you deeper into your magical playground, so choose your words wisely if you wish to remain productive in any capacity. Joseph Joubert wrote, “He who has imagination without learning has wings but no feet.”

You’re doing your best to stay engrossed in your daily routine, clinging to your schedule to keep your head above water. Your productive streak is nowhere to be found today, while the tools of self-analysis and soul-searching lie at the ready. These psychological tactics are unnecessary on a normal work day, but a surreal Moon-Neptune pairing in psychic Pisces cares not for the mundane world. Ground yourself by writing a simple list of manageable tasks and tackling them one by one. To do two things at once, is to do neither.

The world is softened around the edges and reality seems more pliable than it should. It’s questionable whether the facts even matter from behind your rose-colored glasses. You’re lost in a daze today, imagining the perfect partner as the reflective Moon glides into romantic Pisces, highlighting your 7th House of Relationships. Idealized standards can lead to major disappointment, so do your best to avoid getting swept up in a feeling that may not last. The Wizard of Oz said, “Hearts will never be practical until they are made unbreakable.”

You usually favor a fair and balanced approach, but your capacity for selfless service is expanding today. You prefer to donate your time to help someone else accomplish their tasks rather than focus on your own now, which could be problematic at the end of the day if you take your altruism too far. The line between generosity and sacrifice is blurred at this time, so only give what you’re certain you can spare. Put your own oxygen mask on before assisting others.

Meetings and agendas aren’t likely to hold your attention today as you fill every margin with doodles and sketches. Your creative juices are flowing thanks to the evocative Moon’s entrance into your 5th House of Self-Expression, where whimsical Neptune is waiting at the door. Coherent conversation may be a challenge as images flood your mind instead of words. Don’t be surprised if others are confused by your intentions; there is no need to justify your behavior now. Emily Dickinson wrote, “Saying nothing sometimes says the most.”

A sleepy start to your day leads into some rather intense research as you become fixated on finances. Lunar contacts to mercantile Mercury and obsessive Pluto in your 2nd House of Money send you into investigation mode as you search for ways to grow your nest egg. Investing in a comfortable future is admirable, but you may undermine your own efforts if you abandon your normal duties today trying to plan for a wealthy tomorrow. Eckhart Tolle wrote, “Realize deeply that the present moment is all you really have.”

Your lack of progress makes you want to push harder and harder, but it feels like you’re just spinning your wheels today. The path from point A to point B is more circuitous than it should be as many minuscule mix-ups confuse the whole operation. Paradoxically, letting creativity take over when you might otherwise use logic to control the situation is the best way to make the most of the imaginative energy of the day. Your heart knows things your mind can’t explain.

Reality shifts and shimmers and even ordinary objects seem to be touched by magic. It’s as if you’re getting a glimpse beyond the veil as the mystical Pisces Moon sends telepathic messages to watchful Pluto in your 12th House of Secrets. You are easily lured off the productive path to chase any white rabbits that come along. Attending to daily matters is boring compared to living in the magical world inside your head, but the contrast can make both dimensions more enjoyable.

It appears to be the perfect day to spend in peaceful reflection, but people are depending on you to show up and you don’t have the heart to let them down. Trying to stay on track feels like a division of your energy, as a magical merging of the Moon and Neptune in your intuitive sign draws your soul toward meditative bliss while your mind and body have other things to do. Finish the most pressing of your chores so you are not overwhelmed with work tomorrow. However, sharing your inspired impressions is a wonderful way to strengthen the bonds of friendship and move towards uniting the immaterial with the material.