Home / Life / 12 Things You Might Not Know About Melania Trump

Shares
Here are some facts about First Lady of the United States Melania Trump and her life. 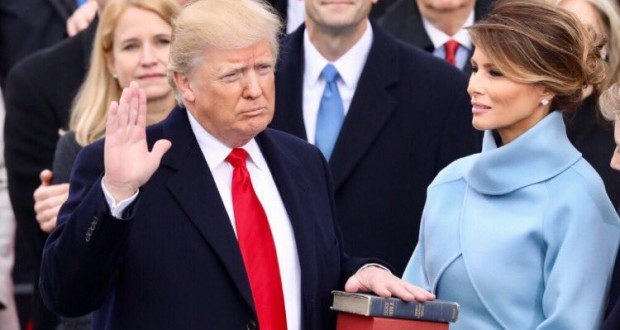 As First Lady of the United States, Melania Trump is constantly in the spotlight and even on the Vanity Fair Mexico cover. But there are some facts about Melania’s life you might not know.

1. Melania Trump was born and raised in Slovenia, and thanks to her modeling career, moved around a lot (mostly in Europe), before finally becoming a U.S citizen in 2006, according to HerBeauty. 2. She’s 24 years younger than her husband Donald Trump, and she’s his third wife. 3. She is the only First Lady who’s been a lingerie model in her past. However, she didn’t start out as a lingerie model, in fact she started modeling at the young age of 5. 5. Melania and Donald Trump met at a party back in 1998, and at first she refused to give him her number. Instead, she did ask for his number and call him a couple of days later. 6. Melania is a great mother to her son Barron. Sure, they have staff to help with chores around the house, but Melania is the one who cares for Barron. She helps him with homework and takes him to his sport meet-ups and extra-curricular activities. 7. Despite the fact that English is not her first language, Melania fluent in 5 languages: Slovenian, English, German, Serbian and French. 8. Melania, like most of us, knows that her husband has a short temper. So when asked what habits she wishes her husband would quit, she said “his activity on Twitter”. 9. Melania Trump sees herself as a more traditional First Lady. She has been heard comparing herself to Jackie Kennedy, saying she would support her husband but wouldn’t really be overly political. 10. She has a big heart and supports numerous charities. In fact, she works closely with charities like The Boys Club of New York, The American Red Cross, Martha Graham Dance Company and the Breast Cancer Research Foundation. 11. She isn’t just about good looks. She’s actually a successful businesswoman. She studied architecture and design in University of Ljubljana, Slovenia, and clearly those design studies came in handy, as she launched her own jewelry line in 2010. 12. She doesn’t just blindly agree with Donald Trump on everything, and she has her own opinions.“I don’t agree with everything that he says, but you know, that is normal. I’m my own person, I tell him what I think, I’m standing very strong on the ground on my two feet and I’m my own person, and I think that’s very important in the relationship.”– said Melania in her interview with Anderson Cooper. See also:  People Are Worried About Melania Trump After Seeing These “Sad” Pictures.