Boston Marathon Survivor To Wed Firefighter Who Saved Her

Shares
When a love story can come from a tragedy, that's something worth celebrating. 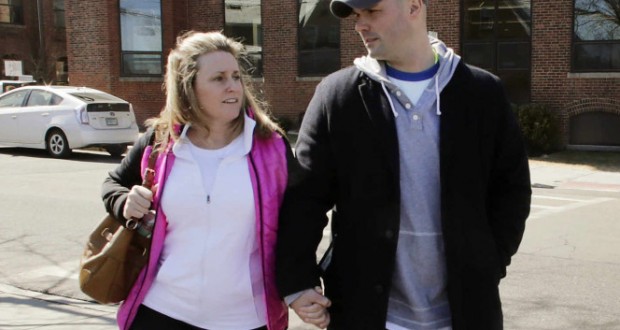 When Roseann Sdoia was laid up with an amputated leg in the wake of the Boston Marathon bombing, love was the last thing on her mind. But her mother, ever the matchmaker, saw a perfect opportunity as handsome firefighter Mike Materia hovered nearby, New York Post reports.

“In the hospital, my mom tried to set me up with him,” Sdoia said.

But Mom’s persistence paid off. The victim and her hero struck up a romance that will soon lead to marriage.

Meanwhile, Sdoia’s road to recovery will take her on Wednesday to the Empire State Building, where she and her fiancé will participate in the annual race up the 1,576 stairs to benefit charity.

On the day of the bombing in April 2013, Sdoia, 48, a long-distance runner, was a spectator near the marathon finish line when the pressure-cooker bombs went off.

Materia, 37, rushed to her aid and comforted her during the ride to Massachusetts General Hospital in a police vehicle.

Materia visited a couple days later and made a great impression on her mother while Sdoia was recovering in intensive care.

“I was probably not the nicest to him from the get-go. I was in pain. But now we laugh and blame it on the morphine,” Sdoia said.

As weeks passed, the pair struck up a friendship. Materia helped her track down a prosthetist and get back on her feet emotionally and physically, she said.

“I knew I was starting to have feelings for him because he was so kind and caring,” she said. “And he has an unbelievable smile.”

The lovebirds went on their first date in June 2013. A month later, they spent the Fourth of July on Nantucket. Last month, he proposed on a lookout deck at the island’s whaling museum with the help of their pooch, Sal.

The dog was wearing a special engraved dog tag that read, “Mike wants to know . . . If you’ll marry him.”

“Sal means so much to both of us,” she said. “It couldn’t have been more romantic.”

The couple now plans to have a small wedding in October or November.

“I do feel that, in a sense, some things happen for a reason,” Sdoia said.

In March, they plan to release a book called “Perfect Strangers” about four lives that intersected during the bombing.

The Empire State Building Run-Up helps raise money for the Challenged Athletes Foundation so “people with physical disabilities can pursue active lifestyles,” according to the race’s website.