Shares
While the rest of the world goes up in flames, Barack and Michelle Obama are off on a well-deserved vacation. 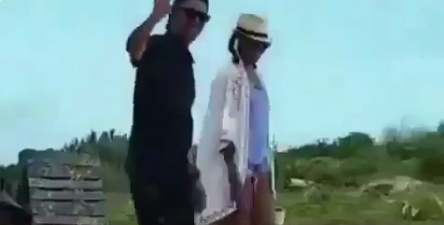 The two flew to Palm Springs immediately after Donald Trump’s inauguration, and are now hanging out and soaking up some sun on billionaire Richard Branson’s private island in the British Virgin Islands, according to Huffington Post.

Obama appears the most relaxed we’ve seen in years, as evidenced by his smile, shorts, flip-flops and, oh yeah, his backwards hat. When photos of his relaxed look emerged, people on Twitter totally lost it: Some people jokingly took the hat as a sign the Obamas are never coming back:

Obama’s on vacation with the hat backwards. He’s never coming back.

Obama’s on vacation with the hat backwards. He’s never coming back. pic.twitter.com/RUakcwwgtT