Shares
Angelina Jolie is allegedly planning on adopting a 7th child, according to a new report 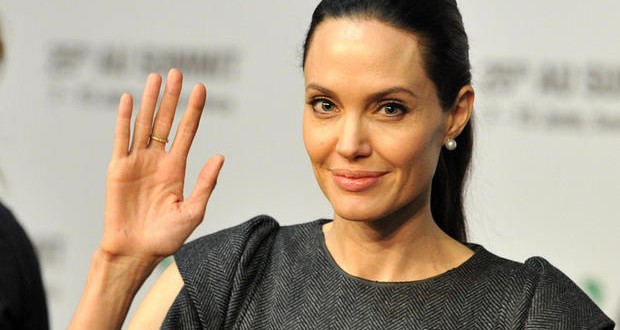 As HollywoodLife reports, the actress is going to adopt the 7th child, and Brad Pitt is apparently not having it.

Brad Pitt, 53, and Angelina Jolie‘s, 41, nasty split may be headed for another round of battle. Angie is longing for another baby, and has secret plans to adopt, according to In Touch, Feb. 1! The actress reportedly wants to give she and Brad’s six children — Maddox, 15, Pax, 13, Zahara, 12, Shiloh, 10, and twins Knox and Vivienne, 8 — another sibling.

Now, as their tumultuous divorce and custody battle continues on, Angie’s apparently got another bombshell ready for Brad — Baby #7. She’s reportedly got secret adoption plans up her sleeve, and Brad’s apparently heard all about it. As for his thoughts on the matter? — “Brad’s worried what impact it will have on their kids,” the mag said.

When the former couple were still together, Angie “desperately” wanted another baby for the longest time, as reported by the mag. However, “Brad always said no,” when she would bring it up. At the time, “he felt their family was complete and that Angelina was crazy for wanting another kid.”

Right now, Brad and Angie are locked into a divorce and custody battle. After Angie filed for divorce Sept. 19, 2016, their split was made very public. However, Brad and Angie eventually put a stop to their legal docs being spread to strangers’ eyes. The former lovers came to an agreement, Jan. 10, 2017, to have the vicious docs sealed so their divorce and custody dealings could be completely private for the sake of their children.

When Angie filed “irreconcilable differences,” on Sept. 19, 2016, she also requested sole physical custody and joint legal custody of their six children. After a harsh and emotional time, with Brad being investigated and cleared from the FBI and the Department of Children and Family Services, Brad eventually asked for joint custody, Nov. 4, 2016, when he responded to Angie’s filing. The investigations involved a reported altercation that supposedly happened aboard a private plane between Brad and Maddox on Sept. 15, 2016. Like we previously reported, Brad was cleared in both investigations. Now, a new report, Feb. 1, claims Brad is “confident” he will get joint custody. We’ll have to see how their legal battle pans out.

It should be also recalled that Mentewab Dawit Lebiso, biological mother of Angelina Jolie’s adopted daughter Zahara made a plea to contact her.