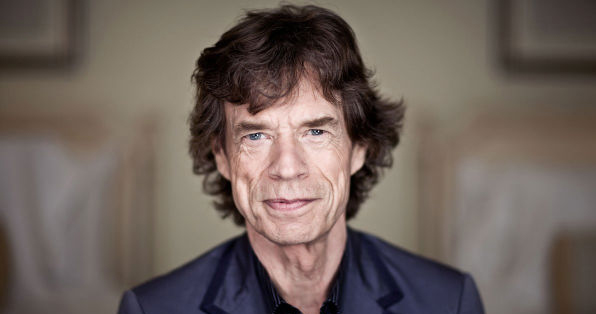 Mick Jagger has taken another big step in his relationship with Melanie Hamrick – by whisking her off to the paradise isle so special to him and L’Wren Scott, Joinfo.com reports with reference to Mirror.

The Rolling Stone flew ballerina Melanie, 29, and their two-month-old son Deveraux Octavian Basil Jagger to Mustique for a 10-day break at his luxury villa.

Pals say it’s a sign of the 73-year-old Stone’s increasing commitment to his new family. And a source said he has “taken like a duck to water” to becoming a dad again for the eighth time.

“Mick is very dedicated to his new family and wanted some quality time with Melanie and the baby before they both return to work,” said the source.   “He took them to his home in Mustique and they explored the island together. They feel very settled. It was a very special place for Mick and L’Wren, so taking Melanie there shows how committed he is to her.”

Mick’s six-bedroom beachfront home on the private West Indies island was a favourite getaway for Mick and fashion designer L’Wren, 50, his lover of 13 years.

She was believed to have spent a week at the villa before committing suicide in her Manhattan apartment in March 2014 while Mick toured in the Far East.

He flew to Mustique to grieve her loss. Last week American Melanie posted a snap on Instagram of her and her son Deveraux Octavian Basil Jagger captioned: “Thinking back to my angel’s first beach trip.”

Mick first met Melanie when her American Ballet Theatre was performing in Tokyo at the same time as the Stones. He flew from London to New York to be at the birth of their boy on December 8.