Home / Life / Is Tom Brady’s Diet The Secret Behind His Success?

Is Tom Brady’s Diet The Secret Behind His Success?

A loyal Patriots fan, Timothy Caulfield questions whether he’s been wrong all along about the quarterback’s freakishly restricted diet, certain elements of which, writes Caulfield, holder of the University of Alberta’s Canada research chair in health law and policy, “register as full out kook,” Joinfo.com reports with reference to National Post.

He does enjoy avocado-based ice cream.

The “ageless wonder” quarterback credits his insanely disciplined diet for his success and, at 39, says he has no plans for retiring.

But is there any science to support his austere eating plan?

“He’s such a good example of an anecdote overwhelming the data,” Caulfield says. “And the media usually give him the ‘you-can’t-argue-with success’ treatment.”

“But what often happens with these fad diets is, a little bit of good is wrapped in a blanket of pseudoscience, and the whole package is sold even though there’s no data to support it.”

Brady appears to subscribe to an alkaline diet popularized by Robert O. Young, author of “The pH Miracle” book series. Young is an American naturopath now facing three years and eight months in a California jail for practising medicine without a licence. According to the BBC, he bought his PhD from a diploma mill. 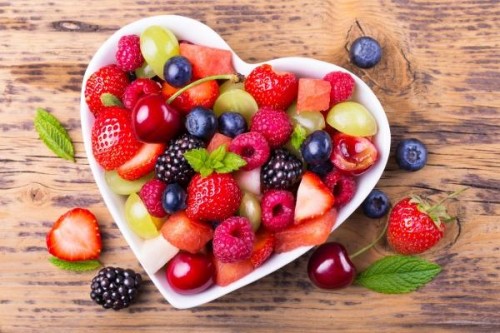 The alkaline view is based on the (scientifically discredited) theory people need to consume a diet high in alkaline foods in order to maintain the pH of the blood. If blood becomes too acidic, the hypothesis holds, the body starts leaching calcium and other minerals from the bones, muscles and major organs, and bad things start to happen.

Dr. Rena Mendelson begs to differ. Our bodies naturally control our pH levels, says Mendelson, a professor in the school of nutrition at Ryerson University in Toronto.

“It’s not something we even need to be conscious of, because our normal homeostatic mechanisms allow us to adapt to a range of different foods or fluids or whatever it is we consume,” she says.

“How would the rest of us be walking around and performing well in our day-to-day life if we had to pay attention to the acidity or alkalinity of the foods we consume?”

If I had Tom Brady’s personal chef I would eat healthy, too.

There’s nothing wrong with a diet that’s high in vegetables and whole grain. Eliminating any one food also isn’t a problem, Mendelson says. Strawberries aren’t essential to the diet. Neither are tomatoes.

But tossing out an entire food group — nightshades, for example — can be problematic. Nightshades are high in nutrients, high in the proven Mediterranean diet and are actually anti-inflammatory, says Calgary University registered dietician and epidemiologist Tanis Fenton.

We don’t need pure sugar. But neither do we need to cut out fruit because it has sugar, she says.

Last year, Fenton published a systematic review of the association between diet acidic load, and cancer. Her conclusion: “Almost no actual research” exists to prove or disprove these diets for cancer prevention or treatment.

Brady is a phenomenal athlete, Fenton says. “And he very modestly is suggesting his diet is the reason, but, no. That’s not good evidence, because it’s a case study – it’s one individual, and an individual endowed with a wonderful genetic predisposition to be an athlete, obviously. Because diet alone doesn’t make us phenomenal athletes like him.”

Still, Caulfield’s research has shown people subscribe to celebrities over any other source of authority. Celebrity trumps everything.