Shares
Fourteen years later, the retired French teacher Ethel MacDonald has covered more than 10,000 miles across Europe and North America and she's not stopping yet. 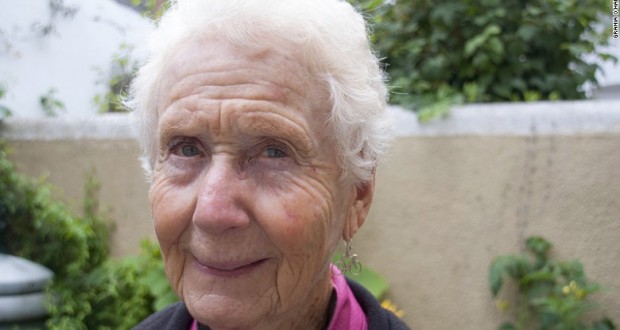 CNN spoke to her by phone in Galway, during her recent tour of Ireland’s coastline.

“I like what I like to do without having to wait for someone else to be ready,” explains the 78-year-old great-grandmother.

The appeal of biking alone on the open road, she says, is “just feeling like I’m my own boss.”

She began tour cycling in 2003, beginning with France’s Atlantic coast. Aside from trips round her native United States, she’s wheeled her way through the Netherlands, Germany, Belgium, Scandinavia and beyond.

Her companion on her Ireland trip is a pink Brompton folding bike, which she’s used on five trips around the US south. She keeps another bike with a friend for her tours of mainland Europe.

She uses online travel communities Warm Showers and Couchsurfing to find a place to stay, and hosts guests herself at her home in Missoula, Montana.

Warm Showers is exclusively for touring cyclists while Couchsurfing is for any travelers wanting to meet new people or open their homes to others.

By August 2016, MacDonald estimated that she’d stayed with 165 hosts and hosted around 200 guests of her own.

“It saves a pile of money,” she admits. “But far beyond that, the real value is the people you meet, the inspiration you get from each other, the memories, the connections.”

She keeps a scrapbook filled with photos and notes from all the people she’s met at home and abroad, and keeps in touch with her friends worldwide through Facebook and email.

When traveling, she particularly loves the “big cultural exchange” that comes with spending each night with a new host with a different perspective on the world.

“I always take a picture of my host,” she says. “I have the whole book so that’s how I know how many hosts and guests I’ve had.”

MacDonald says most people stay with her two nights in Missoula “because it’s really a nice biking town and adventure cycling is located there.”

“I usually give them a meal and let them wash clothes, make themselves at home.”

MacDonald only began cycling in 1979, when she moved town following her divorce and her bike became her main mode of transport.

She’s now a great-grandmother with two sons, a grandson and one great-granddaughter.

Which countries does she think offer the best experiences for cyclists?

“In my opinion, ranking Europe: first Holland, second Denmark, third Germany,” she says. “Holland and Denmark are both just made for cyclists and Germany — there it’s so good and drivers are so aware of cyclists and so polite.”

And in fourth position, “it’s kind of a toss-up between France and Belgium.”

“I love France and I think probably the scenery and everything is better, but Belgium really seems to have more bike amenities.”

As a former teacher of French and English, France is where she began her European adventures. “The whole Atlantic coast is really good biking.”

For anyone who wants to follow in her footsteps, her advice is simple.

“Just do it. I’ve had guests this year and it’s their first bicycle trip and they’re going all across the United States.”

And where does MacDonald intend to point her wheels next?

“I’m really looking at probably not being able to do this much past 80,” she says. “I may have a couple more years. I’m looking at maybe doing a little bit fewer miles and more sightseeing,”

“I’m really thinking I’d like to go to Cuba now that the US has finally lifted some of the restrictions.”