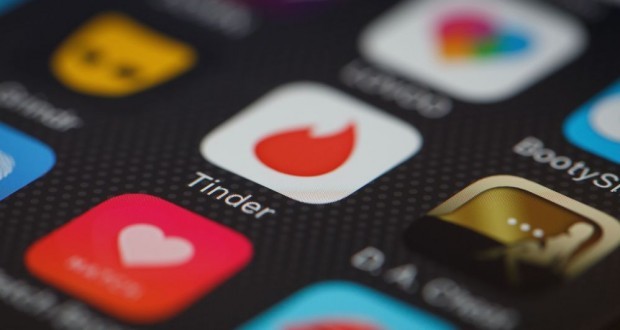 With every Tinder swipe, Dr. Jess Carbino gets a little bit closer to a clear picture of modern online dating. As the dating app’s in-house sociologist, Carbino has a constantly growing wealth of data to draw from and, in turn, a ton of tips for how to improve a user’s rate of matches.

As Valentine’s Day draws near, Mashable spoke to Carbino about what brought her to Tinder, “cuffing season” and the data-backed reason why you should rethink wearing a hat in your profile photo.

On what interested her in the world of online dating:

I was absolutely fascinated by how people presented themselves, the types of things they would say about themselves, who would correspond with whom, the process by which people connected with each other in a more meaningful way. I thought to myself, this is really fascinating — how can we understand what’s occurring in a really systematic way?

Until the emergence of online dating, sociologists like myself had never had a natural data set to work with to really understand how attraction works and what people like, dislike and how they ultimately partner. So, it’s really interesting to see it play out in a really contained environment.”

On how the app has changed in the years since she first joined Tinder:

“I think the biggest thing about Tinder, and the thing that I like to think about most in terms of how Tinder had changed since I came here, was really just our growth generally. I started out here in 2014 and we’ve expanded dramatically. Tinder is now used in 196 countries; it’s available in 30 languages; there are 1.5 million dates around the world on Tinder on a weekly basis. So it’s absolutely fascinating to see how much we’ve changed and how much we’ve grown over time in terms of our demographics and numerical reach around the globe.

People even at the inception of Tinder were using Tinder for social interactions that were not necessarily dating related. For example, we had people in 2013 and 2014 who would travel and use Tinder to try to make friends or develop connections in these places. We have had people who have met people who donated organs to them. We’ve had a variety of use cases that are not necessarily consistent with finding a romantic partner, but that are certainly very meaningful and obviously life-changing connections.”

On the little details that may decrease your chances at a match:

“When we’re creating a profile, we want to create a rich source of data for people to be able to make decisions about whether or not they want to match us, and subsequently provide them with information to be able to inform how they interact with us in messaging. If you don’t provide people with a lot of information, it makes it very difficult for them to start a conversation. So, I’m always encouraging people to use photographs as an opportunity for people to tell their story, as well as their biographical data to tell a story.

One of the things that we find is that people who present themselves in terms of making sure that their face is not covered…can be incredibly critical for creating a story. We know that wearing glasses in a profile photograph — both sunglasses or prescription eyeglasses — decreases the user’s chance of being swiped right on by 15 percent, and users wearing a hat decreases that likelihood by 12 percent. That’s because our eyes provide people with context to be able to understand how trustworthy we are. We signal trustworthiness through the iris of our eyes.

We’re trying to signal these characteristics that we’re subconsciously understanding when we interact with someone in person through our photographs. That’s something that I really tell people to consider and think about in a meaningful way.

We also have many features that users can integrate in their profile, such as the Spotify feature which allows users to have an anthem, and also let users know what type of music they like, which provides people with a greater degree of context about who they are and what their personality may be like. We also allow people to integrate their Instagram feed, which provides people with far more than just six photographs to be able to understand who they are. We really, really want users to be able to provide a story that’s rich through their photographs.”

On how Tinder usage changes on Valentine’s Day:

“Cuffing is a relatively new phenomenon that I’ve learned about recently, and it’s interesting to see that people say that during winter, people are more likely to try to couple and then de-couple in spring to have freedom associated with the weather because they want to hibernate. But I think that the coupling behavior that’s happening in the winter is actually more consistent with January to February behavior [Ed. note: Tinder usage increases between New Years and Valentine’s Day] in terms of people making resolutions in the new year to try to meet a partner.

During the holiday season we spend a lot of time with our friends and our family … People are often partnered, and we want to have a partner too to be able to share in those kinds of events and those cultural traditions. So, there are these larger understandings culturally about being partnered, and people make resolutions in the new year to try to find a partner. That persists throughout the holiday season in terms of New Years to Valentine’s Day.

I think that people are really trying to have these partners because of these shared understandings regarding Valentine’s Day being a day that people express their love for a romantic partner, and people in the New Year trying to find somebody with whom they can form a serious relationship. We know that from our survey results, 80 percent of Tinder users are looking for a more meaningful and serious relationship.”

On ways to optimize a profile to strengthen your shot at a Valentine’s Day date:

“I would optimize my profile by being sure that you’re not wearing glasses or hats. I would also make sure that you’re smiling in your photograph. Smiling increases your likelihood of being swiped right on by 14 percent, and that’s because smiling signals approachability and kindness, and who doesn’t want to be perceived as being kind and approachable?

I would also say that users should also be very inclined to try something new. So, [if their] messaging behavior isn’t working for them, I would encourage them to send a GIF. We know that users who use GIFs are 30 percent more likely to get a response, and more likely to have a conversation that lasts twice as long as users that do not. For users that are really concerned about breaking the ice and trying to move things forward, I would recommend starting with a GIF.

I think that GIFs try to highlight people’s personalities and humor. For many people, while we know that people are gleaning personality from a profile, it may be difficult for people to express that in words when subsequently messaging. By trying to draw upon this shared cultural understanding of a GIF from Arrested Development or a political GIF or a GIF of some type of animal, they’re able to really glean and understand how people may be oriented toward the world or what types of values or interests they may share.”