Shares
Her new beau The Weeknd was seen partying with an entourage at Billboard Power 100 Celebration the night before. 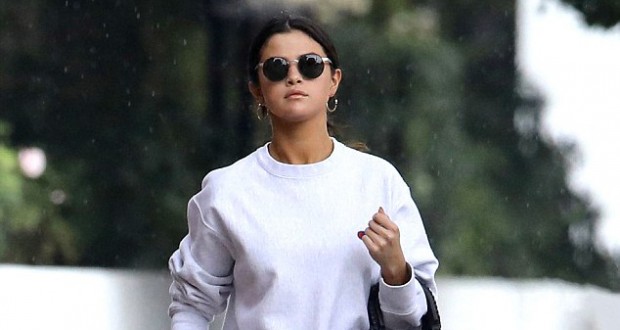 And on Friday Selena Gomez stepped out with her own crew while enjoying lunch at Gyu-Kaku restaurant in Los Angeles, Joinfo.com reports with reference to Daily Mail Online. 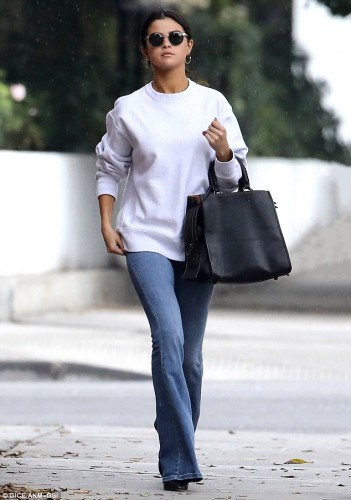 The 24-year-old Hands To Myself singer still looked gorgeous as ever despite bundling up in sweats on the overcast afternoon.

The former Disney Channel starlet – who holds the record for the most Instagram followers by a celebrity with 109 million – opted for comfort in a plain white sweatshirt.

She teamed the cozy Champion top with light wash bell bottoms that encased her slender limbs.

Black leather high heeled boots added extra height to the starlet’s 5ft 5in frame which she matched with a large designer handbag.

Selena swept her silky chestnut tresses back in a low ponytail and parted down the center for a dramatic look.

The Texas native went with barely there makeup, featuring her natural beauty and flawless complexion. 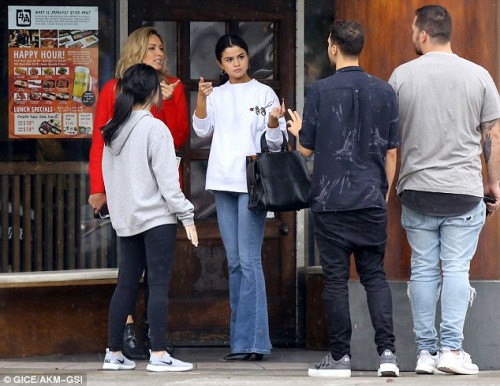 enjoyed lunch at Gyu-Kaku restaurant with a group of pals

The Weeknd, a two time Grammy winner, is nominated in Sunday’s awards for his work on Beyoncé’s Lemonade.

Selena was not nominated so it remains to be seen whether she will be there for her man.

If she’s not, their incredibly busy schedules may stop them meeting up in the coming weeks.

The Weeknd kicks off his 46-date Starboy: Legend Of The Fall Tour on February 17 at Sweden’s Ericsson Globe in Stockholm. 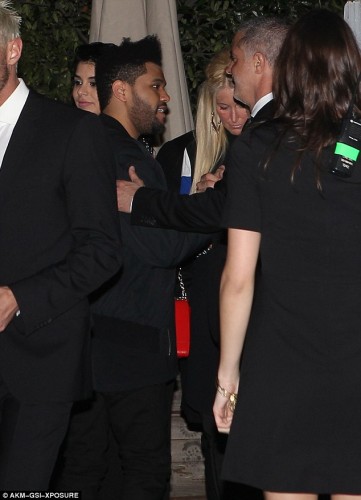 The Weeknd, 26, was seen partying with an entourage at Billboard Power 100 Celebration the night before

Meanwhile, Selena is playing young mother Lisa in James Franco’s In Dubious Battle, due to hit VOD on February 17.

It should be recalled that on Wednesday, Selena was in New York City to attend a charity gala and promote new show Kill Em With Kindness.