Shares
A Tesla owner slowed his Model S in front of an out-of-control car with an unconscious man behind its wheel, bringing the vehicle safely to a stop on the Autobahn highway. Tesla CEO Elon Musk offered to pay for the driver's estimated thousands of dollars in damages and expedite repairs. 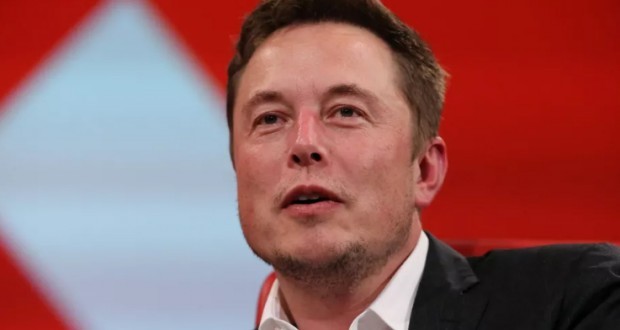 In an amazing Autobahn maneuver on Monday, Tesla Model S driver Manfred Kick saved the life of 50-year-old man who lost consciousness behind the wheel, Joinfo.com reports with reference to Futurism.

The unconscious driver was in a VW Passat station wagon, which the Tesla driver noticed was swerving on the busy road, according to the Munich fire services report.

After alerting the appropriate authorities, Kick slowed his car in front of the station wagon, allowing the Passat to crash into him from behind. He kept his foot on the brakes, forcing both vehicles to a controlled stop.

Kick’s courage and concern for a fellow driver earned him praise from the authorities and the media, as well as a congratulatory tweet from Tesla CEO and founder Elon Musk himself: “Congrats to the Tesla owner who sacrificed damage to his own car to bring a car with an unconscious driver safely to a stop!” 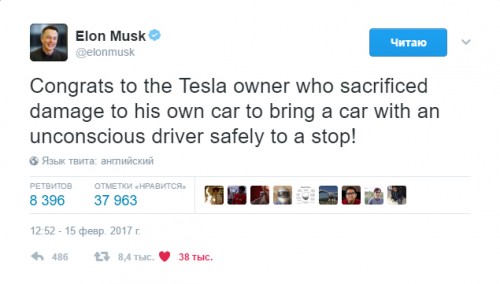 Now, it looks like the driver will be getting more than just accolades. Musk has said that Tesla will shoulder the cost of repairs for Kick’s Model S. Police estimated the damages for the accident to total around €10,000 ($10,600 USD).

Musk also said that Tesla will expedite the repairs for Kick’s €70,000 ($74,686 USD) Model S, a surely welcome turn of events considering Teslas can take significant time to repair in certain markets. All proof that not all good deeds go unnoticed.