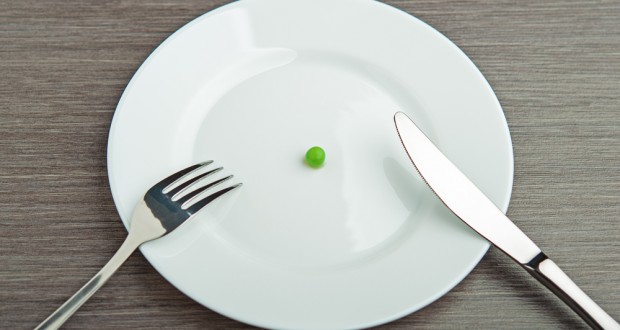 The idea that organisms can live longer, healthier lives by sharply reducing their calorie intake is not exactly new. Laboratory research has repeatedly demonstrated the anti-aging value of calorie restriction, often called CR, in animals from nematodes to rats—with the implication that the same might be true for humans, Joinfo.com reports with reference to Scientific American.

Two new studies appear to move calorie restriction from the realm of wishful thinking to the brink of practical, and perhaps even tolerable, reality. Writing in Nature Communications, researchers at the University of Wisconsin–Madison and the National Institute on Aging reported last month chronic calorie restriction produces significant health benefits in rhesus monkeys—a primate with humanlike aging patterns—indicating “that CR mechanisms are likely translatable to human health.” The researchers describe one monkey they started on a 30 percent calorie restriction diet when he was 16 years old, late middle age for this type of animal. He is now 43, a longevity record for the species, according to the study, and the equivalent of a human living to 130.

In the second study, published this week in Science Translational Medicine, a research team led by gerontologist Valter Longo at the University of Southern California (U.S.C.) suggests it is possible to gain anti-aging benefits without signing up for a lifetime of hunger. Instead, a “fasting-mimicking diet,” practiced just five days a month for three months—and repeated at intervals as needed—is “safe, feasible and effective in reducing risk factors for aging and age-related diseases.”

Some researchers, however, still find the calorie-restriction argument unpersuasive. Leslie Robert, a biochemist and physician at the University of Paris who was not involved in the two new studies, says pharmaceutical approaches offer greater anti-aging potential than “inefficient and apparently harmful” diets. The important thing, adds Luigi Fontana, a longevity researcher at the Washington University School of Medicine in Saint Louis who also was not involved in the new work, is “if you’re doing a healthy diet, exercising, everything good, without doing anything extreme, without making life miserable by counting every single calorie.”

Rozalyn Anderson, a researcher in the Wisconsin study, does not necessarily disagree. “Life is difficult enough without engaging in some bonkers diet,” she says. “We really study this as a paradigm to understand aging. We’re not recommending people do it.” The combined results in the Nature Communications paper show aging is “malleable” in primates, she explains, and that “aging itself presents a reasonable target for intervention.” Whereas conventional medicine views aging as a fight against cancer, cardiovascular issues, neural degeneration and other diseases, she adds, calorie restriction “delays the aging and vulnerability. Instead of going after diseases one at a time, you go after the underlying vulnerability and tackle them all at once.”

Despite her reservations about recommending CR, Anderson praised the work of the research team in the Science Translational Medicine study for “pushing this forward for possible application in clinics.” In that study, test subjects followed a carefully designed 50 percent calorie restricted diet (totaling about 1,100 calories on the first day and 70 percent (about 700 calories) on the next four days, then ate whatever they wanted for the rest of the month.

Longo, the gerontologist at U.S.C., says the underlying theory of the on-again/off-again approach is that the regenerative effects of the regimen occur not so much from the fasting itself as from the recovery afterward. By contrast, long-term, uninterrupted calorie restriction can lead to the sort of negative effects seen in extreme conditions like anorexia.

The calorie-restricted diet in Longo’s study was 100 percent plant-based and featured vegetable soups, energy bars, energy drinks and a chip snack as well as mineral and vitamin supplements. It included nutrients designed to manipulate the expression of genes involved in aging-related processes, Longo explains. (Longo and U.S.C. are both owners of L-Nutra, the company that manufactures the diet. But he says he takes no salary or consulting fees from the company and has assigned his shares to a nonprofit organization established to support further research.)

Even the five-day-a-month calorie restriction regimen was apparently a struggle for some test subjects, resulting in a 25 percent dropout rate. But health benefits in the form of decreased body mass and better levels of glucose, triglycerides and cholesterol, along with other factors, showed up after the third month and persisted for at least three months—even after subjects had returned full-time to a normal diet. Notably, given concerns about other forms of calorie restriction, lean muscle mass remained unchanged.

The benefits were greater for people who were obese or otherwise unhealthy, Longo says. But those individuals might also need to repeat the five-day regimen as often as once a month to the point of recovery, he adds, whereas individuals who are already healthy and athletic might repeat it just twice a year.

Neither of the two new studies argues the benefits of CR necessarily add up to a longer life. Longevity in humans is still an unpredictable by-product of our myriad variations in individual biology, behavior and circumstance. The objective, according to researchers, is merely to make the healthy portion of our lives last longer.